"Diseases, pollution, natural disasters, social tensions: if one side of the border is affected, the other will be too. We must work together"

I was born and I am still living in the city of Lviv. This city was part of many countries and states including Kyivan Rus, Kingdom of Poland, Austro-Hungarian Empire, West Ukrainian People’s Republic, Second Polish Republic, Soviet Union, and finally Independent Ukraine (1991).

As a child, I could watch Polish TV. This is actually how I picked most of my Polish. Poland has always been very close. There are many mixed Polish-Ukrainian families. Most people in Lviv can speak at least some broken Polish. Many important pages of Polish history and cultural heritage are connected with the city. It is a popular destination for Polish tourists.

It is not a coincidence then if I started to work on the cooperation between Poland and Ukraine. I have been working on cross-border cooperation since 2004 and – even before that – I was involved with non-EU instruments to promote Ukrainian-Polish projects. Since 2007 I work in the Branch Office of the programme Poland-Belarus-Ukraine. This year we will celebrate the 15th anniversary of this programme.

At the beginning of my career, I was really excited by the opportunities that CBC offered. These were not easy times for Ukraine. People had to face immense changes and had to adapt to new realities. Poland was more advanced in many aspects, including business development, social infrastructure, etc. Polish people were eager to share their experience with us. Of course, it wasn’t a problem to travel to Poland anymore, but working on the same project with Polish partners, learning something and having knowledge transferred was something totally new and unbelievable.

What I find amazing is that I witnessed the evolution of CBC and how it became mature with time. Ukrainian institutions were more and more able to play on equal terms with their Polish partners. They had their own ideas and knowledge, which they were able to share. “We need them as much as they need us” – said to me one of the Ukrainian project coordinators in the project “Developing an innovative model of the cross-border use of zeolitic tuff”.

People understood that a real CBC project is not two local projects glued together, but a whole thinking, targeting one cross-border issue. For example, people working in healthcare or emergency services do understand that a border is not a limit to diseases, pollution or natural disasters. The same is true when there are social tensions (high unemployment rates, organised crime, etc.). If one side of the border is affected, it will inevitably impact its other side. The cross-border aspect is present in many other areas, even if not always visible.

For me, the people-to-people level is an important aspect of what we are doing. There is definitely life after a project termination! What remains is not only the project outputs written in the application. People involved in the project change their way of thinking. They overcome stereotypes and their mental barriers. They establish effective partnerships, become more tolerant, more open to new ideas, even more independent in their opinions. I’m proud to think that CBC programmes contribute to educating people, helping them to think more globally.

Olena Zubrytska is Ukrainian. She has a diploma in English language and literature at the Lviv university. She also studied management of organisations and economy. Olena can speak four languages: Ukrainian, Polish,  Russian and English. In her current work, she helps Ukrainian institutions to submit and implement their projects. Her responsibilities include providing information (through events and publications), trainings and consultations. She is also engaged in many activities promoting the programme. Olena has a real passion for her city, Lviv, for which she was a guide in a previous life.

"People across borders want to work together"

"We are all fighting a common enemy: forest fire"

"Strategies, mechanisms, grant schemes... it sounds complex, but it all aims at improving life for the communities"

"We connect buyers and sellers to sustain agrobusiness"

"We replace historical prejudices with friendship and mutual benefits" 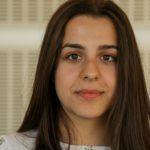 "A trip across borders broke down all my stereotypes" 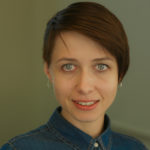 "Diseases, pollution, natural disasters, social tensions: if one side of the border is affected, the other will be too. We must work together"

"The identity of Europe is more evident near its boundaries, where different cultures have interwoven a precious fabric"

"Both EU and non-EU states have a say at political and technical level: their rights are equally respected" 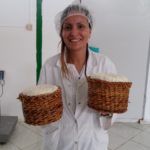 "In the end, the Tunisians spoke Italian, the Italians spoke French and also some words of Arabic." 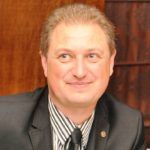 "In border regions cooperation overcomes the animosity among people, and their isolation from capital cities" 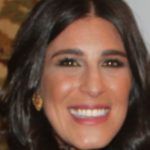 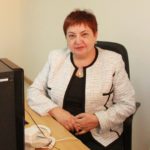 "A border is an opportunity for development" 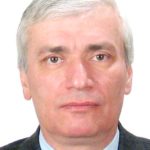 "Our platform has supported thousands of cultural actors across five countries" 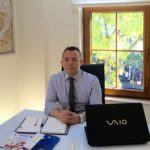 "This programme is being built by the people involved in it: it's its real value" 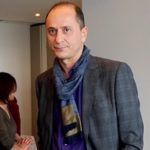 "It's all about building teams for joint solutions"