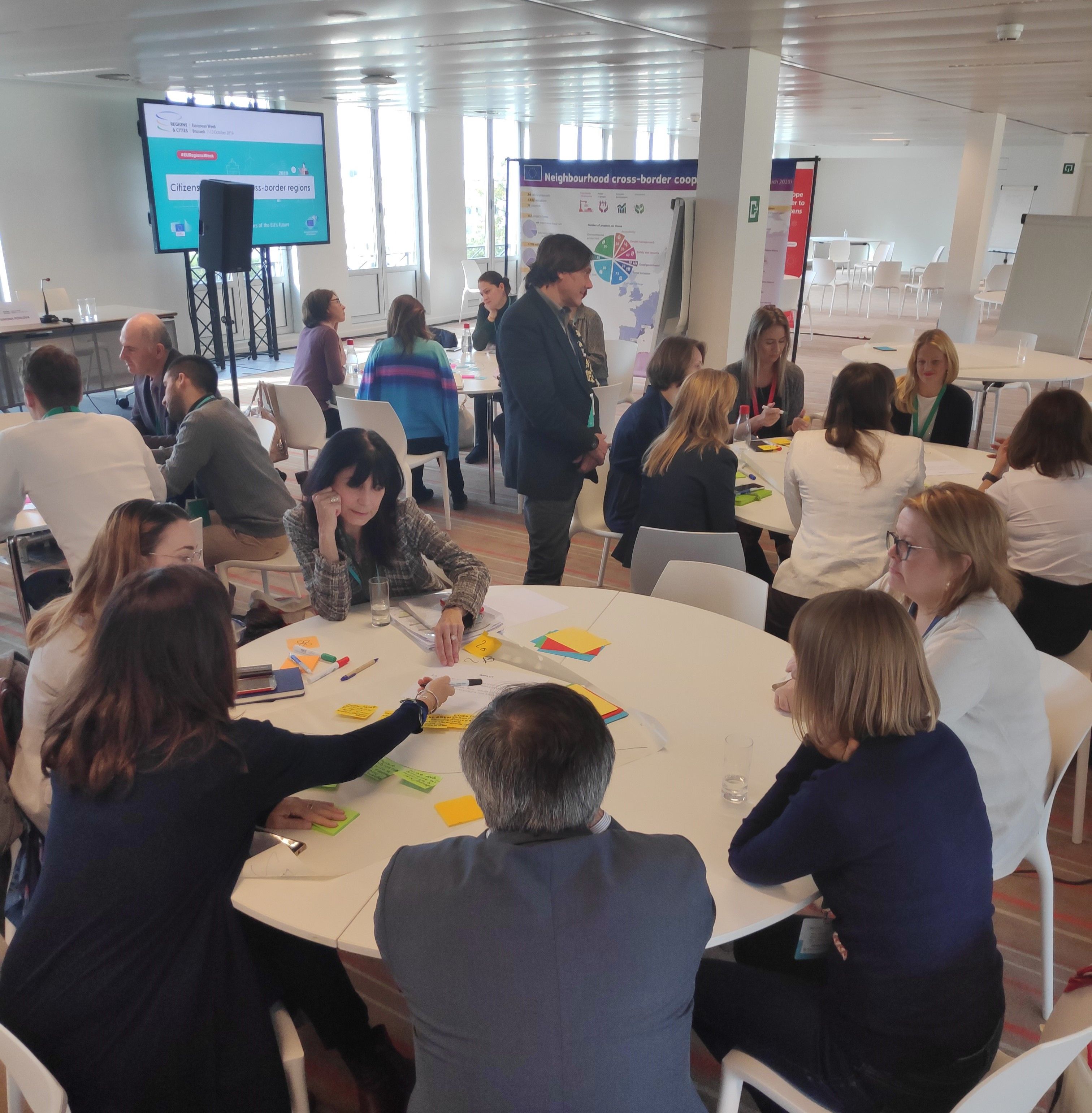 What about a symbolic “contract” signed by every trained student, engaging him to become a life-ambassador for the environment? This is one of the concrete proposals collected during the Participatory Lab “Citizens for greener cross-border regions along the EU’s external borders”, which took place on 10 October in Brussels during the European Week of Regions and Cities. The biggest event on EU regional and urban policy counted this year on over 6.000 participants, 600 speakers and over 100 workshops, debates and networking opportunities. TESIM participated to the event with a three-fold activity articulated around an exhibition stand, a Participatory Lab and a thematic workshop (as side event).

Many the ideas gathered out of the Lab, especially for what concerns the tools to be used to spread awareness of environmental behaviours among citizens, and youth in particular.

Participants agreed that environment must be related to positive thinking, so activities should apply a 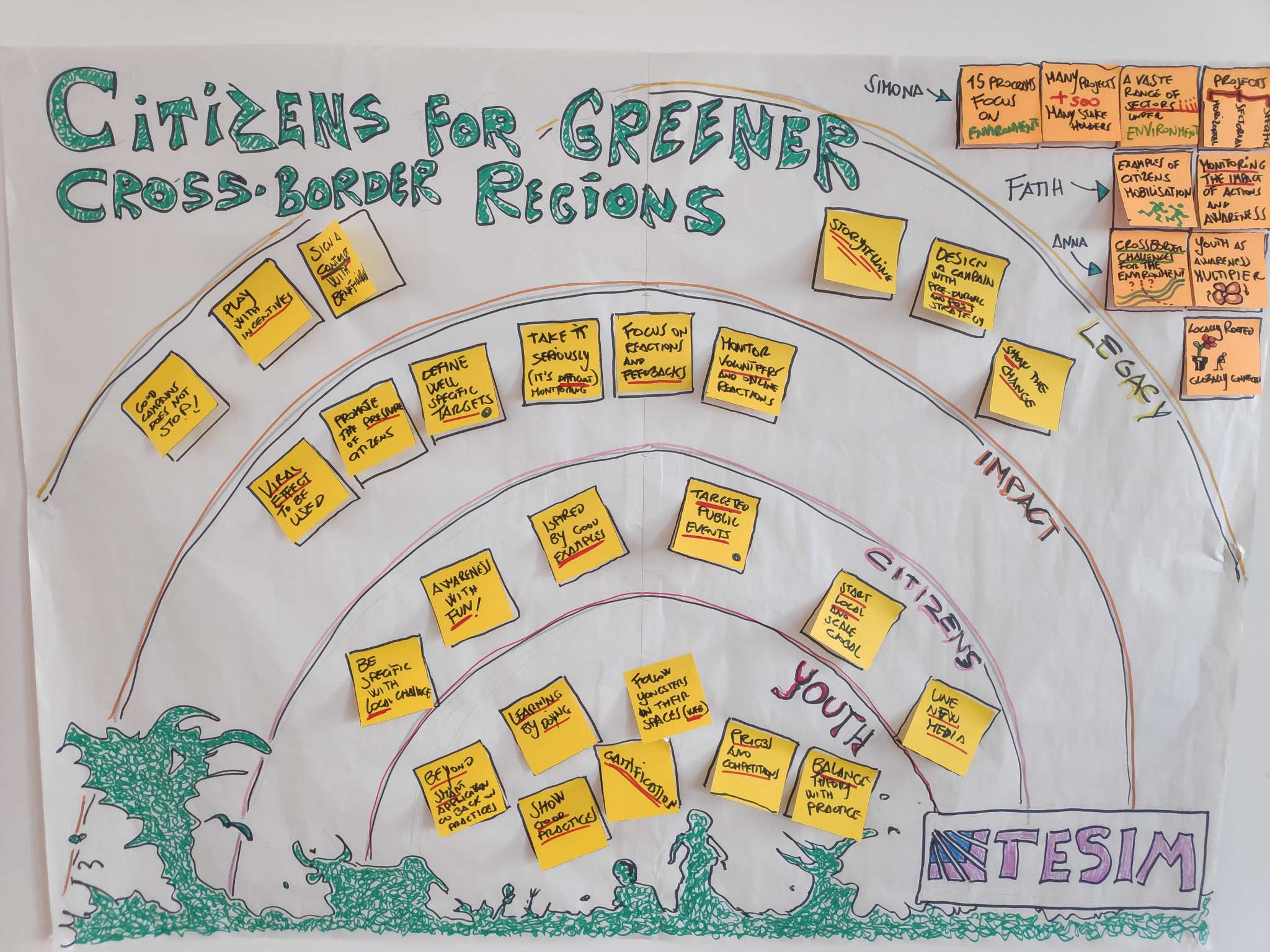 constructive, optimistic approach, in order to be effective and not to discourage people from engaging.  Monitoring is a powerful tool to involve communities: they are the ones closer to ground problems, they are the best messengers of change, so it’s important to include them in field-activities to acknowledge what is really going on. When it comes to communication, today social media work better than traditional ones, and storytelling can be more successful than statistics. And talking about Facebook or Instagram, it was also stressed that young people should be listened to more: they can find new ways to raise awareness, because they are the ones able to imagine new tools and to give a shape to new sensitivities. When it comes to “impact”, it’s important to translate results into policy to produce a 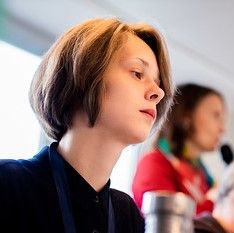 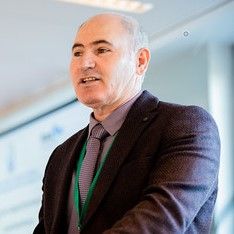 real lasting change. And educational activities should be incorporated into school curricula so that the next generations will consider normal doing what today we are still striving to preach about. Concrete examples of awareness campaigns were presented by Anna Kryukova, coordinator of the “Water meets people” project (South-East Finland Russia CBC) and by Fatih Konukcu, coordinator of the “Zero Waste” project (Black Sea Basin). Invaluable the contribution of the moderator, Rosario Sapienza (Italy-Tunisia), who managed to wrap contents up for the assembly.

Several other good practices tackling environmental challenges and implemented by ENI CBC projects were presented to the 18 participants representing both the Managing Authorities (MA) and Joint Technical Secretariats (JTS) of 9 ENI CBC programmes who attended the thematic workshop on “What Environment for post-2020. Facts, figures and findings come out from the thematic analysis of Programmes’ environmental strategies and of their funded projects were used to feed up the debate on on-going and future programmes.  The event was the first of 4 thematic pathways launched by TESIM to provide a common framework of  thematic project clustering at ENI CBC community and to support programmes in a post-2020 perspective.

Overall, during the 4 days of the European Week of Regions and Cities, around 300 people got in touch with TESIM staff at the exhibition stand, and were briefed about ENI CBC purpose and activities: the Week was a key moment to favour exchanges, to collect insights, and to increase awareness of communities’ commitments to cross-border projects along the external frontiers of the European Union. Because neighbours matter.