BRUXELLES – They are up on stage, finally. Under the lights, and the eyes of the cameras, in front of the whole Interreg community. Lana speaks about the activism of Georgian youth movements, Ivan touches the plague of young people unemployment in the Republic of Moldova, and Anna regrets the lack of opportunities, and therefore motivation, of university students in Ukraine. The three speakers are young, and to be up on that stage they crossed the European external borders. They are the “ambassadors” selected to represent Partner Countries in the closing day of the Interreg Annual Event, the day dedicated to Youth4Cooperation. The session is a tribute to Ukraine, to its lasting struggle for freedom, and peace. But this Youth Dialogue will not linger on the Russian aggression, because “peace is more than just the absence of war” explains Daniela Cavini, TESIM Communication Coordinator and moderator of the session, which she built after speaking at length with young volunteers and refugees across different borders between the EU and Ukraine. “What the youth want – she continues – is employment and education, the respect of human rights, the freedom to travel, to learn, to live. This is what peace means for them”.

So here they are, three ordinary young people, bringing in front of the Interreg family the voice of the Neighbourhood youth, its uncertainties, hopes, frustrations, its longing for participation, its lust of widened horizons. Its supreme refusal of violence. 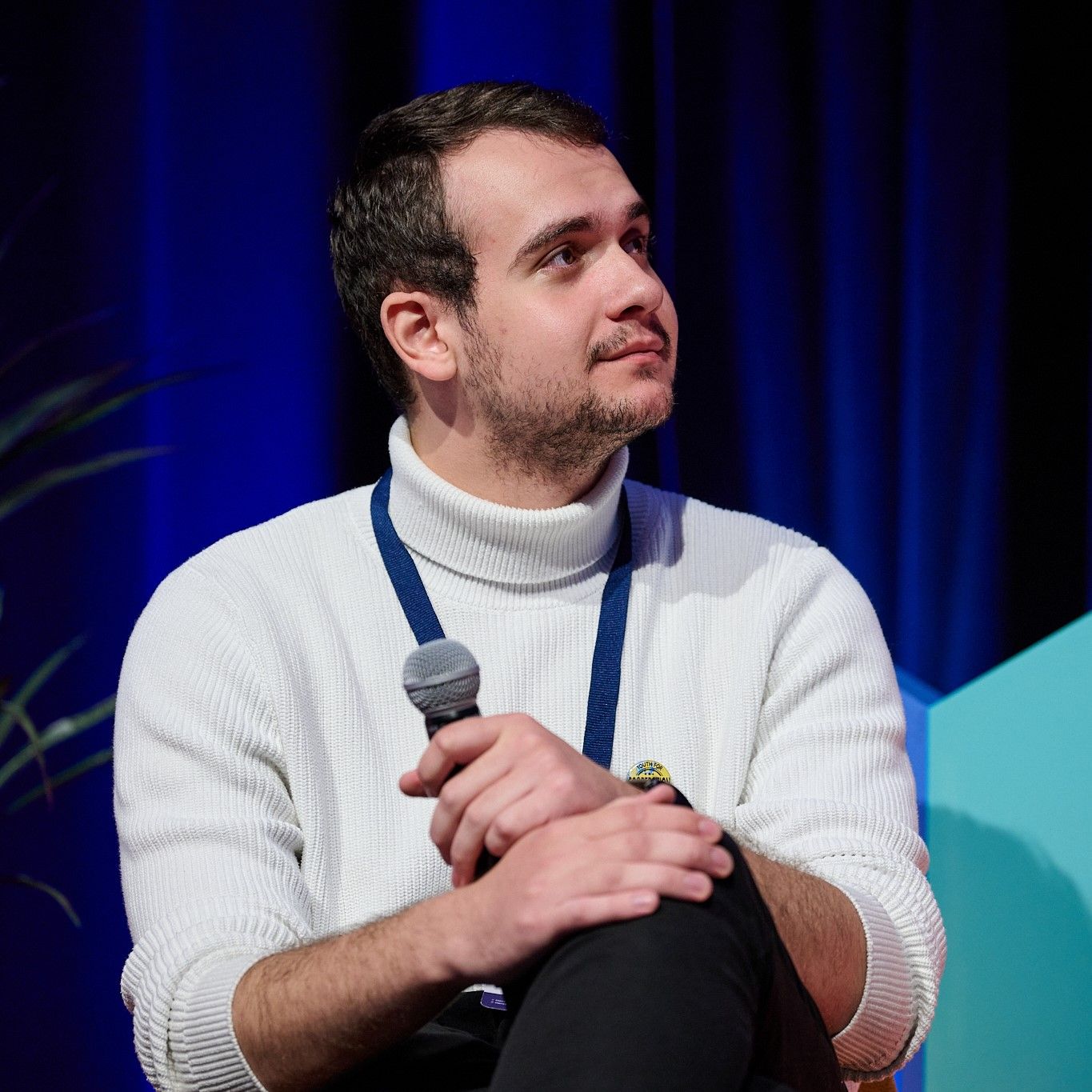 Ivan Bacico, for example. He is 20, loves sport, reading and cooking. He comes from Transnistria, the breakaway state internationally recognised as part of Moldova under military occupation by Russia. His older brother Andrei left the country many years ago to move to England, and he hasn’t seen him since. As soon as he could, Ivan also left home and family, and moved to Romania, where he is now studying International Relations at the Ștefan cel Mare University of Suceava, while working part-time and supporting Ukrainian refugees as a volunteer. To make it to the Dialogue Ivan took the first plane of his life, but now on stage – talking about peace beyond the absence of war – he tackles with confidence the necessity of working opportunities for a balanced society, and the problem of youth unemployment in the Republic of Moldova. “Low salaries, bad working conditions, a continuous run abroad: NEETs, people not in employment, education, or training, are more than 18%. I know it’s a common problem with Europe, couldn’t we tackle it together?”

Next to Ivan sits Anna Renata Dulher, 19, from Chernivtsi (Ukraine), where she left her parents, two 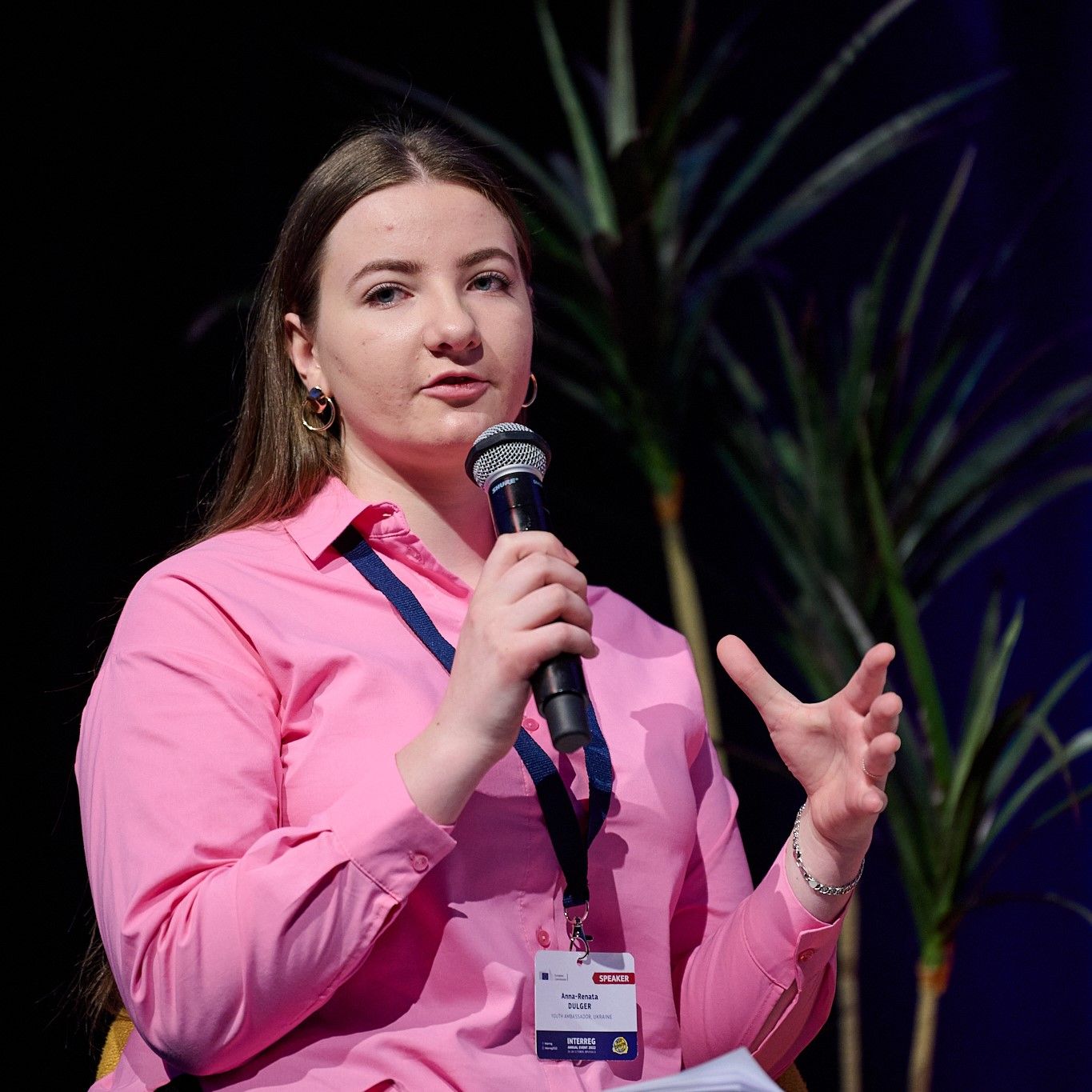 brothers and a younger sister. She belongs to the Romanian ethnic minority living in Ukraine and so – when she decided to continue her higher education abroad – she picked Suceava, the Romanian city closest to her hometown.  Here the war caught her up while studying at the Faculty of History and Geography, specialising in European studies at the Ștefan cel Mare University.  For Anna – who plays volleyball and loves acting in a student theatre group – peace is a dimension built upon a community where people live decent lives, sharing economic prosperity. But above all, what is needed for the well-being of a society is education. “Education teaches us to communicate with persons from different cultures, it helps us understand and appreciate each other, it offers a possibility to live independently and thus be free – says Anna – unfortunately, even before this war, young people didn’t want to stay in Ukraine because they don’t see prospects for personal development, they lack motivation, most of them emigrate to the EU and unfortunately the vast majority goes directly to work and not to study”.  As a matter of fact, the percentage of Ukrainian students enrolled abroad has tripled in the last 10 years, and statistics still don’t count the massive exodus of 2022. But when asked if entering the EU is relevant for the future of the next generations, Anna has no hesitation: “The problem is that not all young people are well oriented on this issue of joining the EU. I think it is necessary to launch a wide information campaign in Ukraine”. 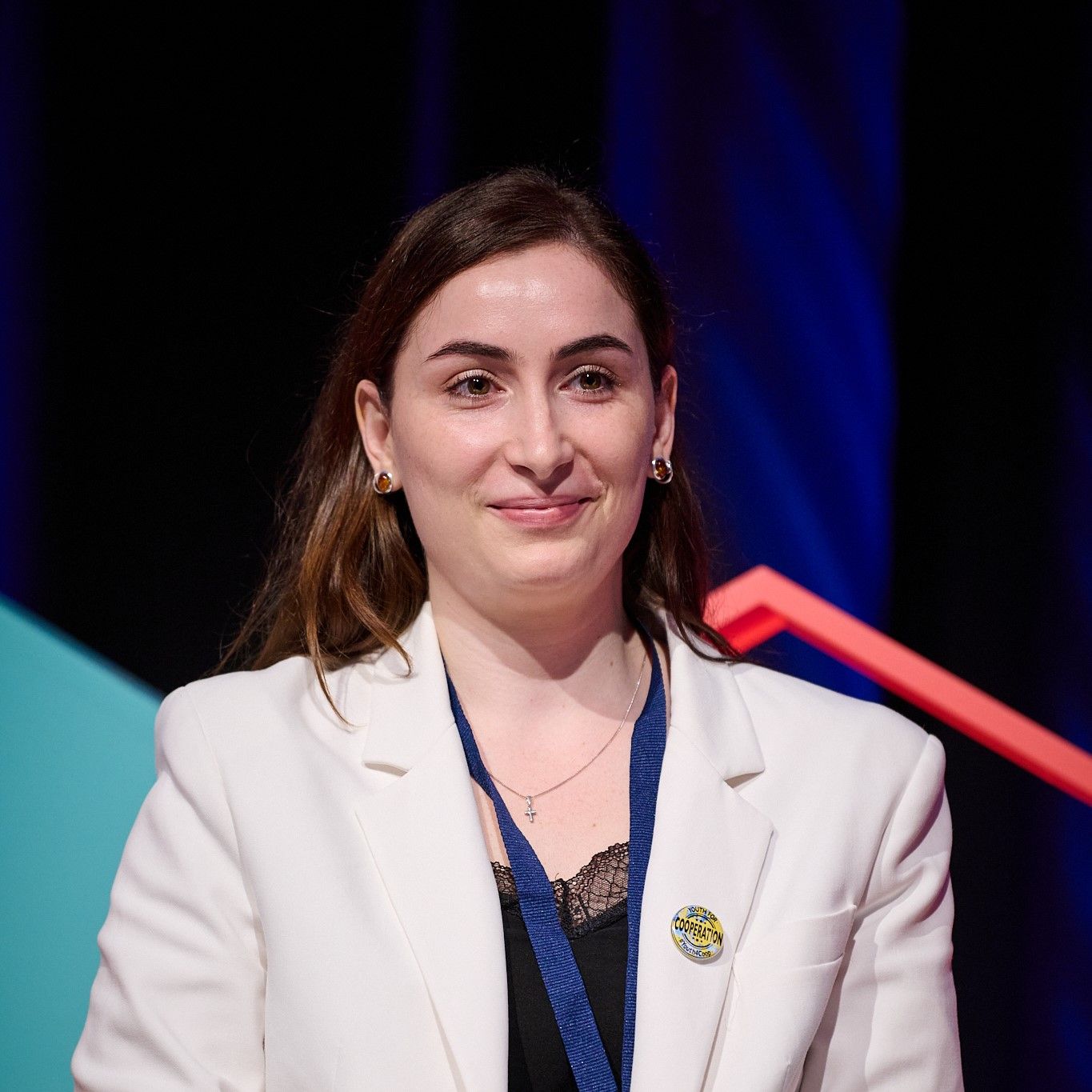 In the end, it all comes to politics, and it is not by chance that this is the topic picked by the oldest of the group, Lana Jalagonia. A tennis player and photography lover, Lana is from Tbilisi and studied diplomacy because she wanted to see a change in her world. “I hoped I could play a role – she says – in supporting my country’s ambition to return to the European family”. And she is doing just that, as she won the concours and is now working as a young diplomat at the Georgian Ministry of Foreign Affairs, in the department of EU Assistance Coordination. Lana is already experiencing first-hand the difficulties of any society facing global challenges such as wars and pandemics, environmental calamities and energy turmoil; and she is convinced more than ever that yes, politics is the right tool to deal with it, and that young Georgian people share her belief. She reminds that youth movements have always been at the forefront of political activism in her country, and that the government is implementing a National Youth Policy whose objective is the creation of a more favourable environment for youth, including employment, health care, and participation. “The Georgian government understands that young people must be engaged in political processes and have a say in formulating today and tomorrow’s politics”.   Lana is convinced of the importance for Georgia to join the EU. “Ten years ago, nobody could even dream that we could get to a high degree of integration with the EU as we have now… Pro-European aspirations in the Georgian society are the highest ever, reaching 83%!” 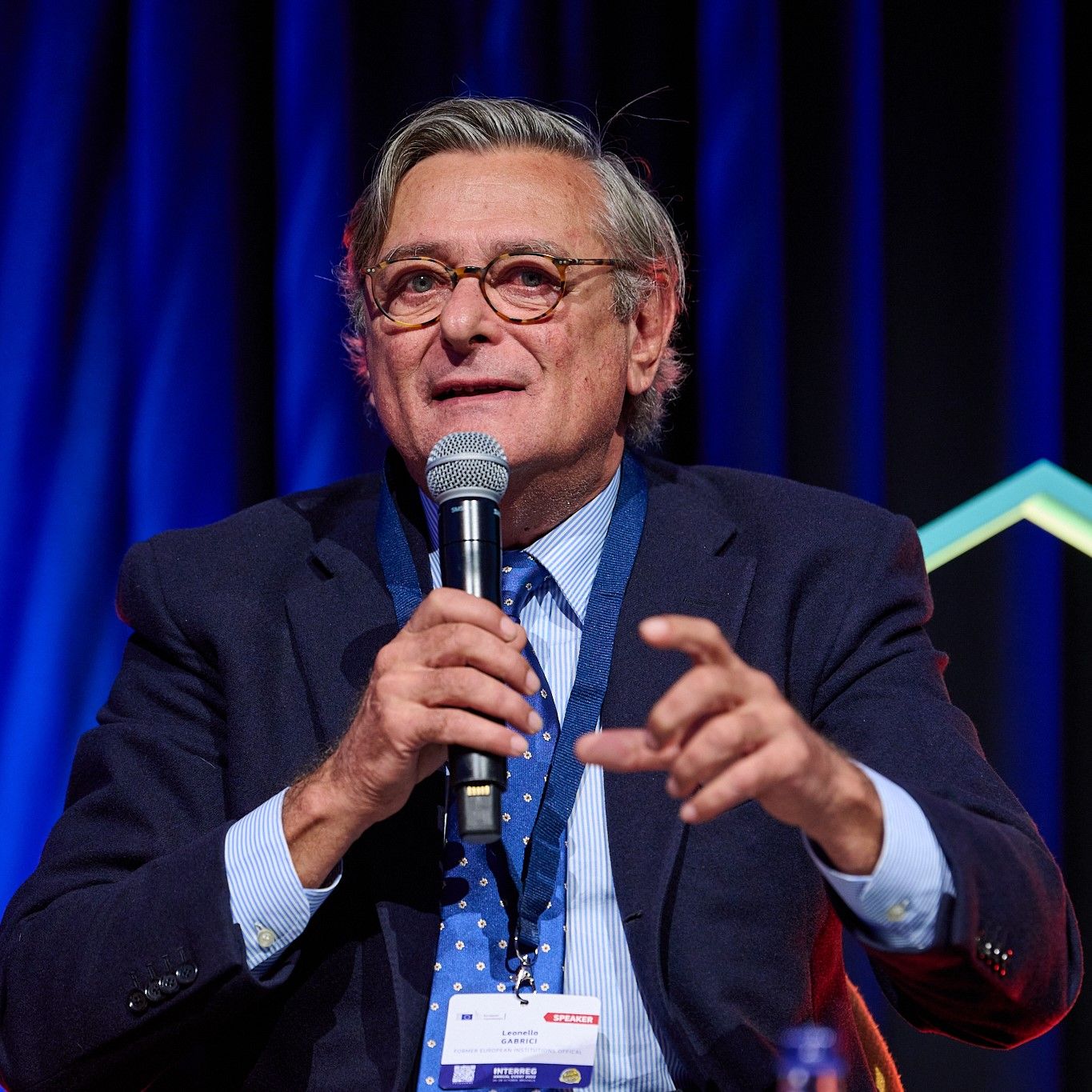 But Europe? What can the EU respond to the queries of the young ambassadors? What is the framework behind this cooperation with Partner Countries which have just been granted the candidate status to join the Union? To answer to the three speakers, a former EU senior official, Leonello Gabrici is called on stage. This EU foreign policy expert has witnessed the last enlargement and has personally worked at the creation of the new Neighbourhood. And as he talks about his own experience – as young Italian living at the border with former iron-curtain “enemy” Slovenia, turned into a Neighbour, and now a Member State – it becomes clear that the spirit behind the construction of Europe applies as well to the Neighbourhood: to create irreversible ties among countries, in a mutual benefit perspective.  At present, no single state could face alone the challenges and threats of a globalised world. And while the EU offers cooperation instruments and tools, Partner Countries wishing to integrate the Union should strive for deep fundamental reforms in order for their systems to become compatible with different standards in terms of market economy, democracy and rule of law. “Yes, but in the meantime – asks Anna – what should we do? I understand it’s a process and things could change for the better in the long-term. But in the immediate terms, how can the EU support youth?” 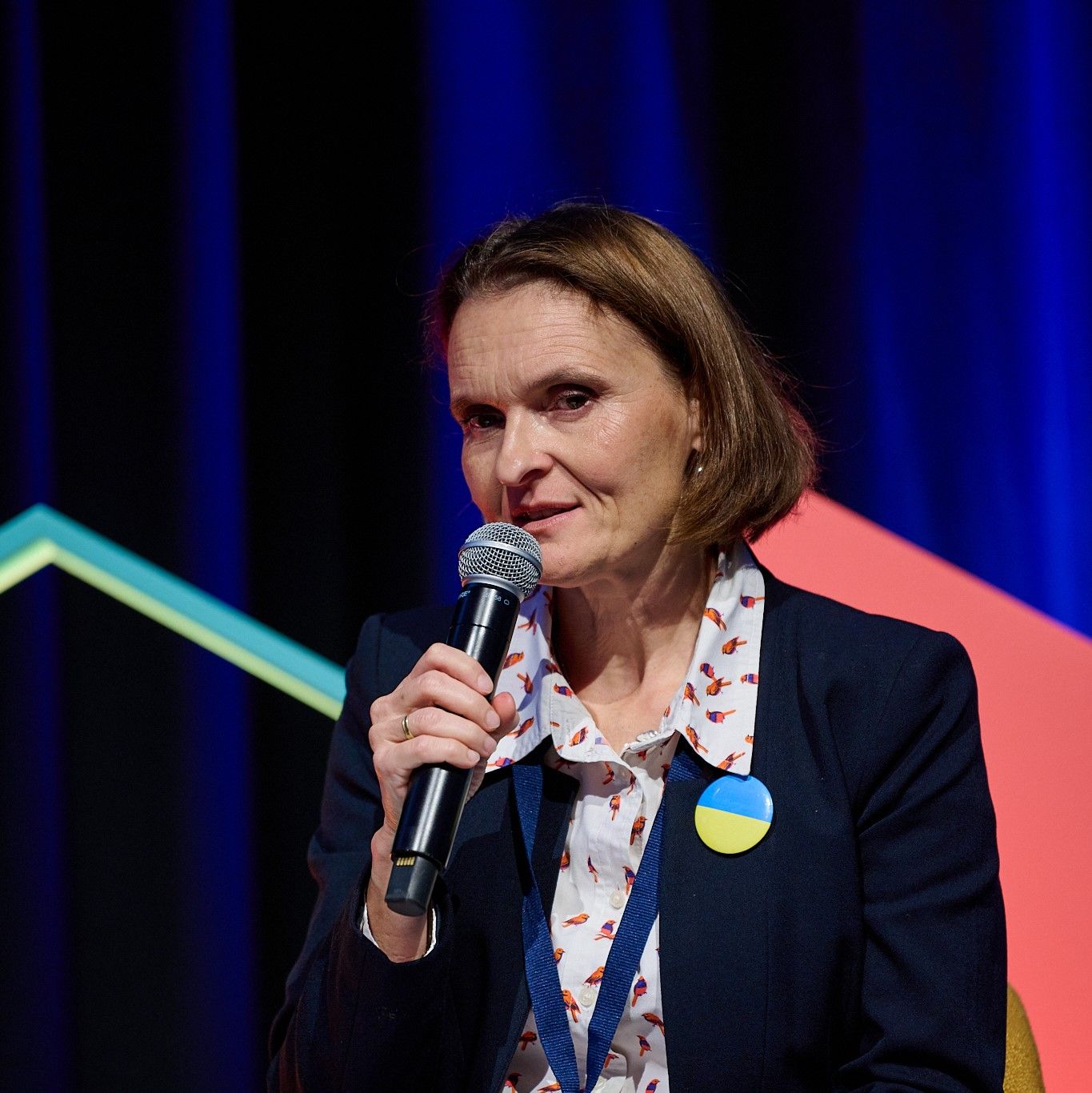 And here is where the tangibility of ENI CBC programmes comes in: 34% out of the 915 ongoing projects is already engaging young people, but more can and will be done – says Simona Pohlova, head of the DG REGIO ENI CBC team – starting from the recently approved Youth Action Plan in EU external action 2022-2027, the first-ever policy framework for a strategic partnership with young people around the world. Moreover, youth participation can be increased through dedicated calls and budgets within the NEXT CBC programming cycle, or thanks to other initiatives as the guidelines created and distributed by DG REGIO on how to involve young people in Interreg. Many activities can be implemented while the political dialogue progresses, there are existing and future programmes, projects, tools, and Partner Countries should use them all.  At the end of the session, the feeling is a shared one: the political will to enlarge the EU family is there, not only to face a more globalised society in economic terms, but also to make peace in Europe an irreversible choice for future generations. 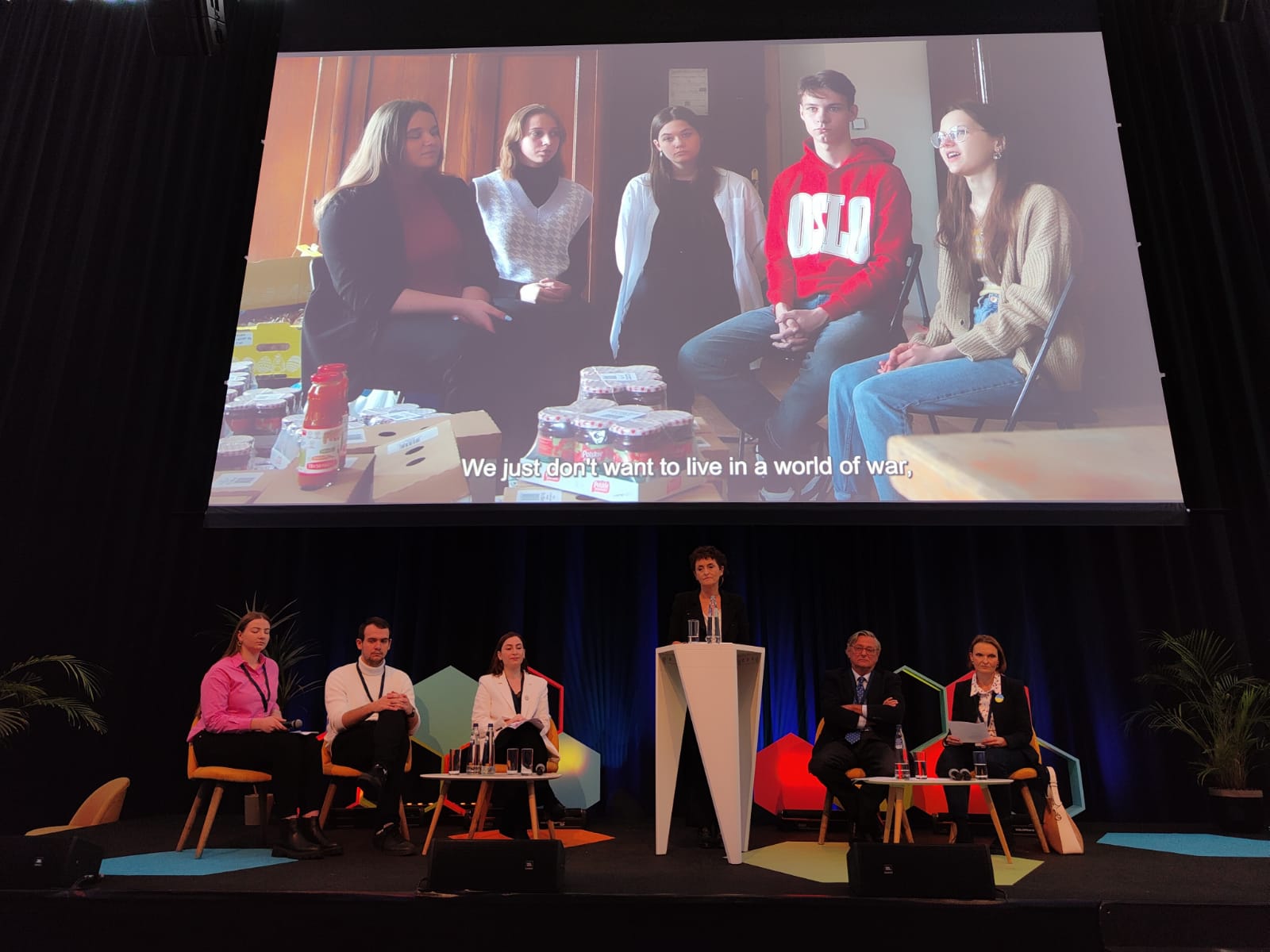