“The touristic potential of our region is far greater than the flow of tourists that comes to us. We keep losing opportunities because the region has an underdeveloped tourist infrastructure.”

When we think of historical sites and tourist destinations in a country, we generally consider big cities, without giving much thought to the treasures hidden in smaller towns and villages. The Liachowice district (Belarus) and the Puchaczów commune (Poland) present common features, with the population of both regions living out of agricultural activities, with modest income. At the same time, both settlements are close to famous tourist destinations – Lublin  (Poland) and Brest (Belarus), but do not seem to benefit from this flow.

A well-developed tourism infrastructure is a prerequisite for attracting visitors to any region. However, local  governments often do not have the capacity to engage in this direction. And this is where a project like ROCCO –  implemented in the framework of the ENI CBC Poland-Belarus-Ukraine Programme – comes in, with the idea to  enhance the potential of cultural heritage in the region, to attract visitors and ultimately to favour economic  development. Tourists who go to Lublin and Brest could be drawn to the neighbouring regions, which would help not  only to generate additional income for local populations, but also to preserve the cultural heritage of the area. In the end, to create a platform where local communities from both sides could meet, exchange, communicate.

To do so, the partners have started the reconstruction of two historical farmsteads which were in extremely poor condition, the Lachert Manor in Ciechanki (Poland) and the Rejtan Manor in Hrušaŭka (Belarus). These two historic farmhouses were not chosen by chance. The first building was built in the 19th century: it is an historic manor of great interest to architecture professionals because it belonged to one of the most popular Polish architects of the 20th century, Bogdan Lachert, who reconstructed it in a modern style. The building was last restructured after World War II,  therefore it is easy to imagine the enormous amount of work that needs to be done. But once finalised – most  probably in autumn 2021 – the manor will be hosting a museum dedicated to Lachert, a permanent exhibition, and  temporary exhibitions of furniture and objects presenting the contribution of Polish artists to the development of  industrial design. Among the featured group have been chosen the Arts and Crafts Movement, the Lada Artists  Cooperative, the Kraków Group and the Praesens Art Group. The building is also going to accommodate a wide range  of educational activities: workshops, lectures, seminars and meetings, cultural events for tourists, researchers, architects, and people interested in visual arts. “We expect also the flow of foreign tourists to increase – says Krzysztof Michalski, from the Puchaczów Commune – as many residents of the region have relatives who have immigrated to  Western Europe and the USA.” 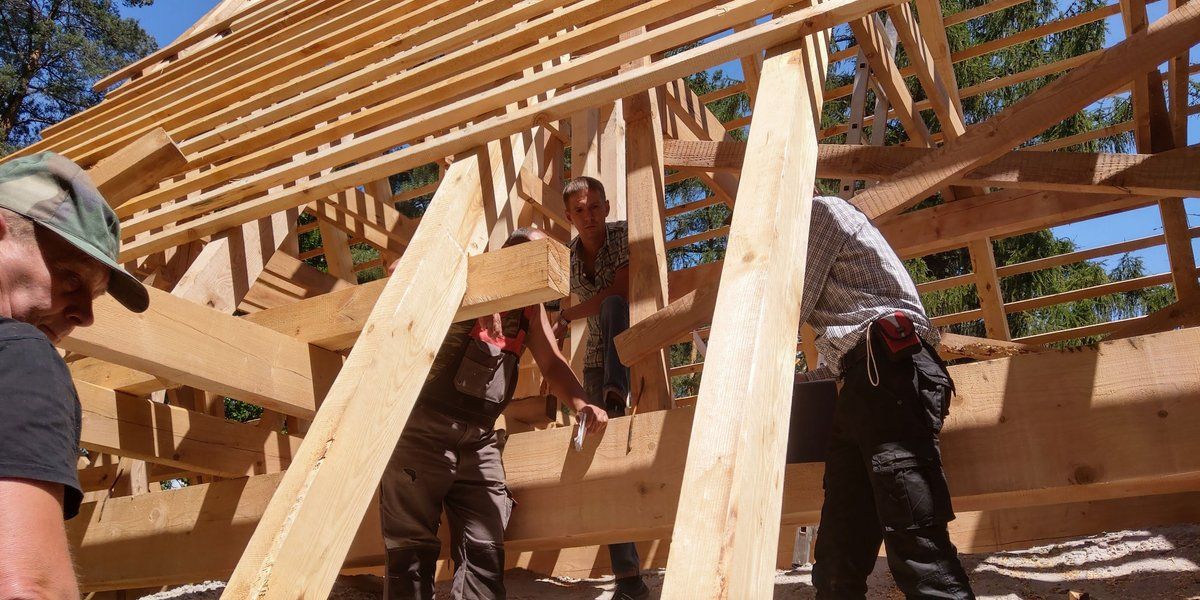 The second manor is a wooden house in Hrušaŭka (5 km away from Liachowice, Belarus). The architectural complex consists of a main building, a chapel, a park, and the stables. In recent years, the site has attracted about 1.000 tourists annually, including visitors from Poland, even though it remains unusable and can only be seen from the outside. Its  conditions were worse than in the other manor: since it is made from wood, the first step was about reinforcing the basement, then, the walls and roof were repaired, followed by stairs, windows, and doors. The walls and basement of  the nearby chapel have also been drained, and the roof replaced. Both buildings are going to host a cultural centre for  tourists and citizens, to be used for different events. “Many tourists come to Hrušaŭka for two to three hours – says  Dmitry Makaruk, coordinator and representative from the Belarusian partner – If we create a proper infrastructure, we could be able to retain them for three to four days.”

The pandemic has affected the implementation of some activities: twelve events were planned, but most have been  postponed, and some must be replaced because they cannot be conducted on-line. For example, the re-enactment of the Liachavičy fortress battle will be replaced by a festival of artistic folk groups.

Youth exchanges and cooperation of artistic groups, as well as meetings of both communities, are planned after the reconstruction is completed and the pandemic restrictions are lifted. Both partners expect that the number of people who participate in cross-border events in the region will increase from 1.000 to almost 6.000. “This is the first project we have done together, and it is an exceptionally good experience for both sides – continues Krzysztof Michalski – we have learned a lot, also how to be patient, to listen to each other. Patience is one of the keys for successful cooperation.”

The project has an important long-term mission: to raise awareness of the shared history of Poland and Belarus. So, it could remain relevant even in the next programming period. Dmitry Makaruk: “I would like to give a piece of advice to  new applicants: they need to learn how to work together, how to dedicate a great deal of interest in everything that is  happening on both sides of the project.” “This program is a fantastic base for implementing small projects. Some beneficiaries are afraid to apply because they cannot prove a cross-border effect – concludes Michalski – but in cultural projects, the cross-border effect in border areas can be found in everything.”