“Our plan is to go through all the disruptive technologies and select the promising ones. Technologies such as Blockchain and the Robotic Process Automation, are expected to be the basis of the project.”

What is the meaning of “disruption”? If you interpret it as “creative destruction”, – like a new way to get old things done – you are touching the core of the CroBoDDIT project, the “Cross-Border Dimensions of Disruptive Information Technologies”. The initiative promotes the development and implementation of new technologies to address the old problem of solid waste collection and disposal in Finland and Russia border regions.

In their own times, the automobile or the electricity were disruptive technologies: they were an innovation that altered the way consumers, industries, and businesses operated. A disruptive technology sweeps away old systems, or habits, and replaces them with something whose impact and superior value are immediately perceivable by users. CroBoDDIT – implemented within the South-East Finland – Russia CBC Programme – intends to act as a platform for exchanging best practices and creating cooperation networks between the companies, cities and stakeholders of Helsinki and Saint Petersburg. But most of all, the project proposes to innovate the waste management system using new, disruptive technologies.

When CroBoDDIT started, the interest and enthusiasm around the circular economy was not as high as now. The project’s aim was to go through all the available new technologies and select the most auspicious ones, capable of  better integrating the market and bring positive outcomes. In Finland, waste management is controlled by regulations and laws. In Helsinki there is only one company taking care of the whole process, so it is easier to test new technologies for digitalization of the waste management process, and to go beyond the existing ones, for example the  process of checking if the bins are full or not or adjusting the trucking system. The city of St. Petersburg is also facing  certain issues in waste collection and management: the legislation exists and is demanding, but the implementation of the law is limited. For example, despite the collection of waste, the recycling is limited. At the same time, Saint Petersburg has excellent testing platforms for new technological initiatives, such as smart bins, which use blockchain communication platforms, and where the whole package is open source operated by the university.

To enhance this knowledge, the project target audience was identified in city authorities, decision makers, operational personnel working in circular economy and enterprises. A survey was launched, and several black holes requiring new solutions were spotted. The first part of the survey focused on what was the level and depth of knowledge about  disruptive technologies such as 5G, blockchain, IoT, cloud computing, artificial intelligence, etc. It turned out that the people are quite aware of new technologies, as well as about recycling, waste management and circular economy in general. It was also discovered that their focus was on waste management in urban areas, and there was less concern about other places such as city parks. The findings of the survey were innovative and quite practical: as a first output, an automatic cleaning robot for park areas was identified and it is currently being developed by a small enterprise. The survey also showed that – for example in Finland – people are aware and knowledgeable as they are educated about recycling from the first grade. But practical gaps remain, as people don’t have much concrete “hands-on” knowledge on the process, and get what they know out of websites, books, and YouTube videos.

Many are the activities implemented so far by CroBoDDIT, and one of the most relevant events is the organization of “hackathons”, marathons of computer programmers and other experts in software development, who get together for long hours to create a functioning product by the end of the day. CroBoDDIT organises hackathons to tackle challenges identified by the survey. One hackathon was organized by the LUT university, in Finland, directed at its students. Another was coordinated by the ITMO university in Russia: it was open to all, but participants were mostly students, who gained internships and certificates as prizes. A hackathon in Helsinki was organised in autumn 2021: SMEs were the target, and the challenges – selected during a specific seminar – addressed the topic of digitalization of urban solid waste management. The event does not provide a monetary reward to the winners, but if the ideas are good, the city of Helsinki may be interested in buying these solutions.

When the pandemic broke out, a demo-center, initially designed as a physical facility, had to be turned into a virtual one. The center was supposed to bring together cross-border companies for an exchange of products and solutions.  Now an online portal is includes different cities and portfolio-cards, from different companies. An enterprise interested in showing its results or offering its products, will have at its disposal a mini demo room, to be kept live and online beyond the project timeline. The platform will also host a forum, registering the needs of individual cities to which companies will be able to react offering their proposals/products. “The platform will be launched with the expectation of meeting the demand – says Pekka Niskasaari, the project manager – companies aiming to work in Helsinki will be put in touch with the Helsinki Business Hub and other divisions of the city. The tool will also serve PhD students, providing a basis for their research papers.”

Even a start-up with limited resources can aim at technology disruption by inventing an entirely new way of getting something done: the risk of failing or not being adopted by the market exists, but also the opportunity to “disrupt” existing business and gain more customer segments. The ENI CBC is the ideal framework for such a bet. 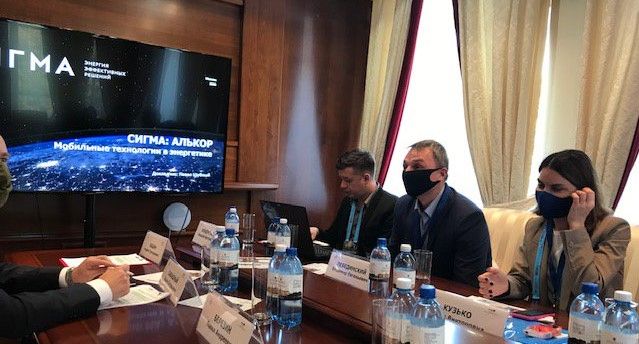