White brined cheese from Bulgaria, berries from the Republic of Moldova, Greek virgin olive oil, tomatoes from Romania, Turkish strawberries and honey from Ukraine. What do these products have in common? Are they the main ingredients to a crazy recipe? Not at all! These are all special traditional agricultural products grown by local farmers all around the Black Sea basin. Apart from being delicious, they have immense potential for regional branding and international trading. This is exactly what AGRITRADENET is about: supporting and empowering local farmers so that they become part of a business network and can trade across borders with top-quality products. This initiative is funded under the ENI CBC Black Sea Basin programme.

Local farmers in Central Macedonia (Greece) are masters of the different cultivation techniques, however they lack the skills to explore new markets and the contacts to build relationships with other farmers. This gap was spotted by the Lead Partner of AGRITRADENET project, the Thessaloniki Trade Organisation. According to Lina Tsaltampasi, project manager, most farmers do not even know where their products end up. They do not know the market: most of the times an intermediary comes, puts the price and takes the product. This situation makes the farmers extremely dependent on third parties, they cannot manage their little businesses and they receive low incomes. The Trade Organisation reached out to other business associations and municipalities in the Black Sea Basin, who confirmed having the exact same situation. And this is how they started cooperating with five more organisations in Bulgaria, Romania, the Republic of Moldova, Turkey and Ukraine.

The partners brainstormed for a solution and decided to focus on promoting one specific good from each country. They picked up the most interesting products, either the top sellers or those with a higher margin for improvement. For example, Romania ranks the 32nd among the tomato producers with a share of 0,35% of world production. “Yet – as Lina explains – instead of being a key exporter, it imports tomatoes to the country!” This means that Romanian farmers do not know the value of their own product, and that there is potential to trade. For Greece, olive 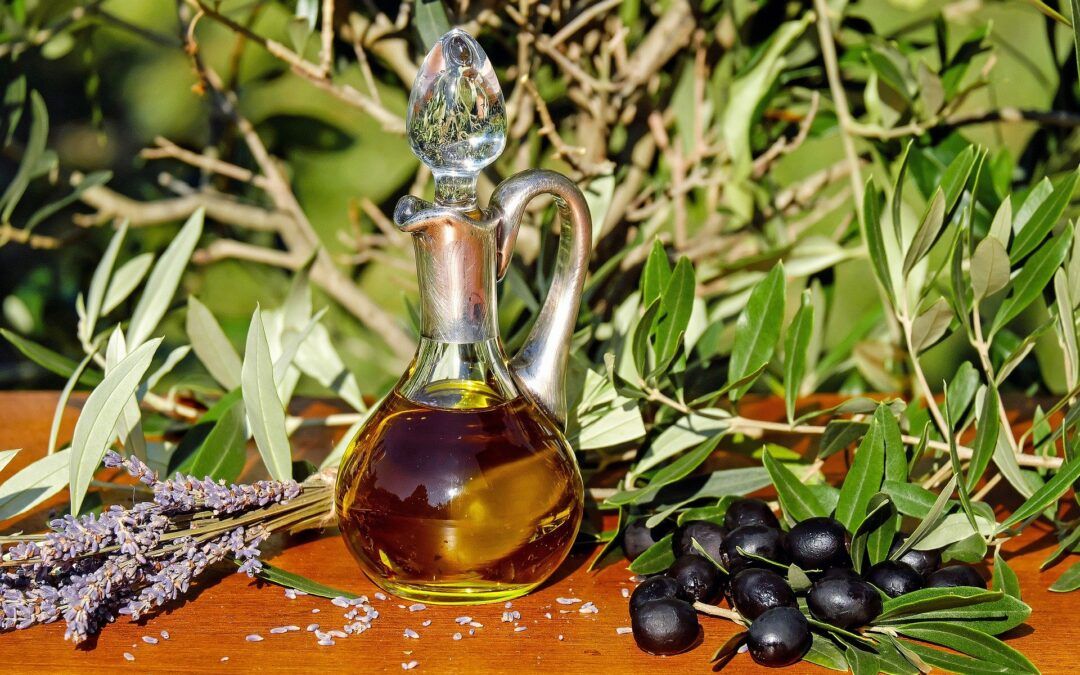 production is one of the most important agricultural sectors, accounting for 20 % of the land and 60 % of the total number of farms. Actually, virgin olive oil in Northern Greece has a very high content in polyphenols and k-factors, and it is said to have healing powers. Despite this, Greek farmers are rather focused on selling table olives because olive oil is sold really cheap. “We thought that under the proper branding, Greek virgin olive oil could get the value it deserves on the market, so this product was the smart choice for Greece”, says Lina. Clearly, there is a mismatch between the quality of products and their prices and this could be improved by developing a local brand and exploring the possibilities for geographical indicators. 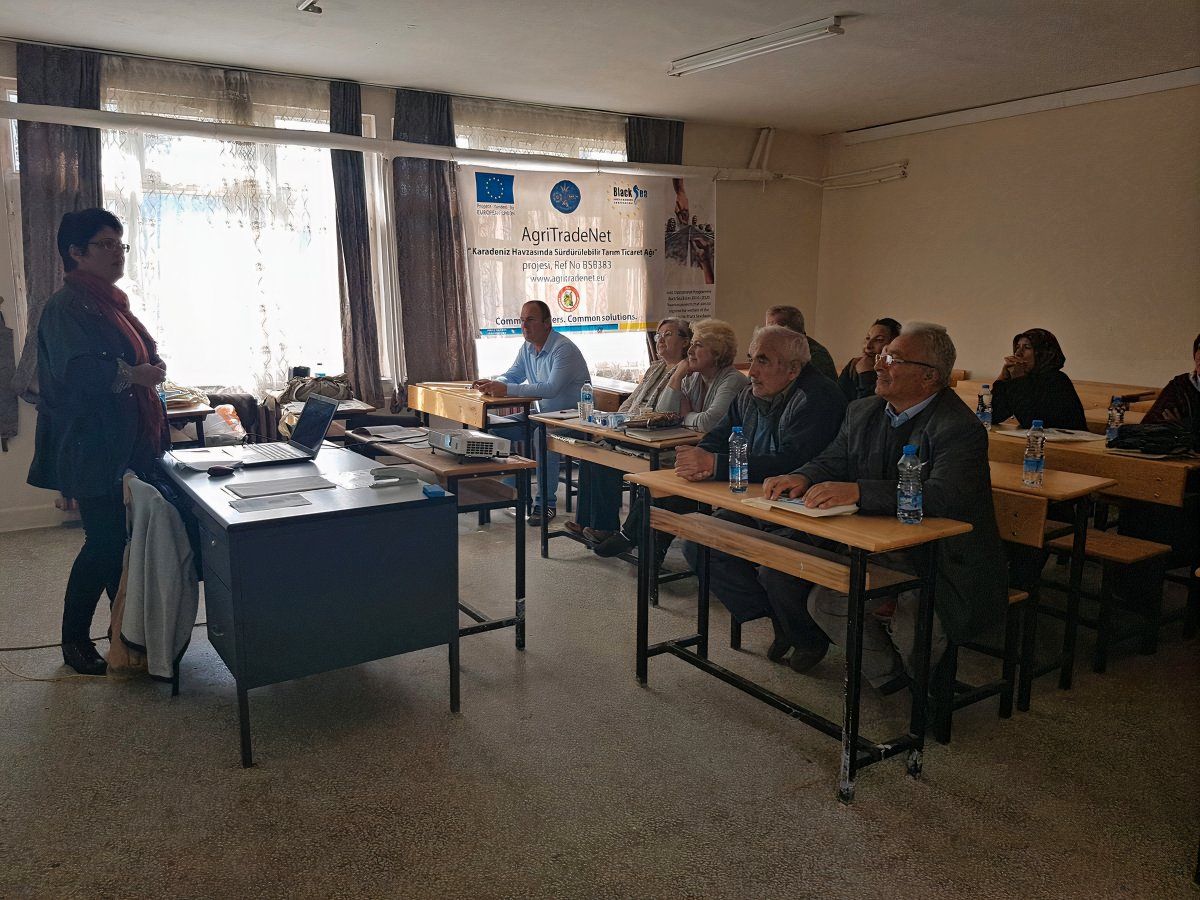 Having a local brand gives the product an immediate added value. The micro-producers gain power since the products do not belong to farmer A or B anymore but they are part of something bigger, they all have certain quality standards and these are recognized at the international level. “We wanted farmers to understand this. We organised trainings to assist them in getting recognition in their countries, we identified the legal procedures and highlighted the advantages of having a strong brand name. We are talking sometimes about poor people, so we made sure to accentuate the economic benefits of strong branding to the farmers”.

The seminars organised under the project included trainings on how to become an organic farmer, the legal conditions to receive this certification, the obstacles and the needed labels. The focus was put as well on explaining the international standards and different certification options for each type of product. For example, roundtables were held with the local institutions and producers to evaluate the possibilities for geographical certification of the local strawberry from Turkey, or the Bulgarian brined cheese. Farmers were also trained in marketing and branding to be able to export agricultural products or make them part of an international exhibition.

But certainly, the cherry on the cake was the creation of the producers’ database. An online “Business to Business” marketplace where every farmer can register its own products and stay in direct contact with potential buyers, be it the wholesaler, a supermarket or a distributor. Up to now, there are more than 155 registrations from the six different participating countries. This platform gives the power back to the producers, they set their own prices and their conditions, and become real businesspeople not only in their region but also in the neighbouring countries since the e-marketplace allows for this. On the other hand, the Turkish partner – Demirköy Municipality – had a more pressing need: their farmers were even more low-skilled and needed a place to be in contact with the small buyers. They needed a traditional market. 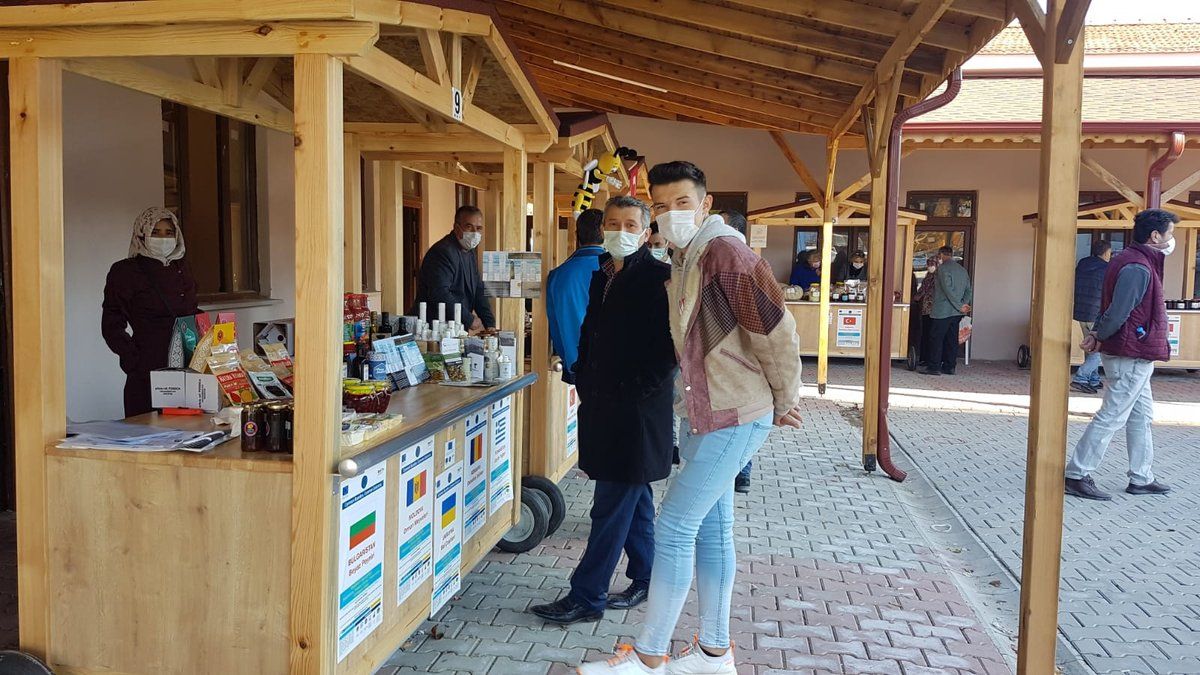 So, the project partners built from scratch a new marketplace with somewhat 10 small compartments for local producers, organisations and cooperatives to promote and sell their products directly, with no intermediaries. The market is up and running since the summer, a more traditional format but in the end with the same function as the e-market: to connect farmers with buyers and to create links between the producers.

But then the pandemic came, and it hit all economic sectors in different ways: farmers were not an exception. “We took a step ahead and pushed further the digitalisation of the agricultural market. I always say that crises are an opportunity: we identified what was happening as a chance to assist farmers into getting ready for e-commerce, something they would have never imagined a few months ago and that will certainly be very big in the near future”.

The pandemic also affected some of the activities planned. The project was supposed to finalize with an international fair in Ukraine where the pinpointed products would be presented altogether to trading partners from the different countries. Alternatively, they organised six exhibition 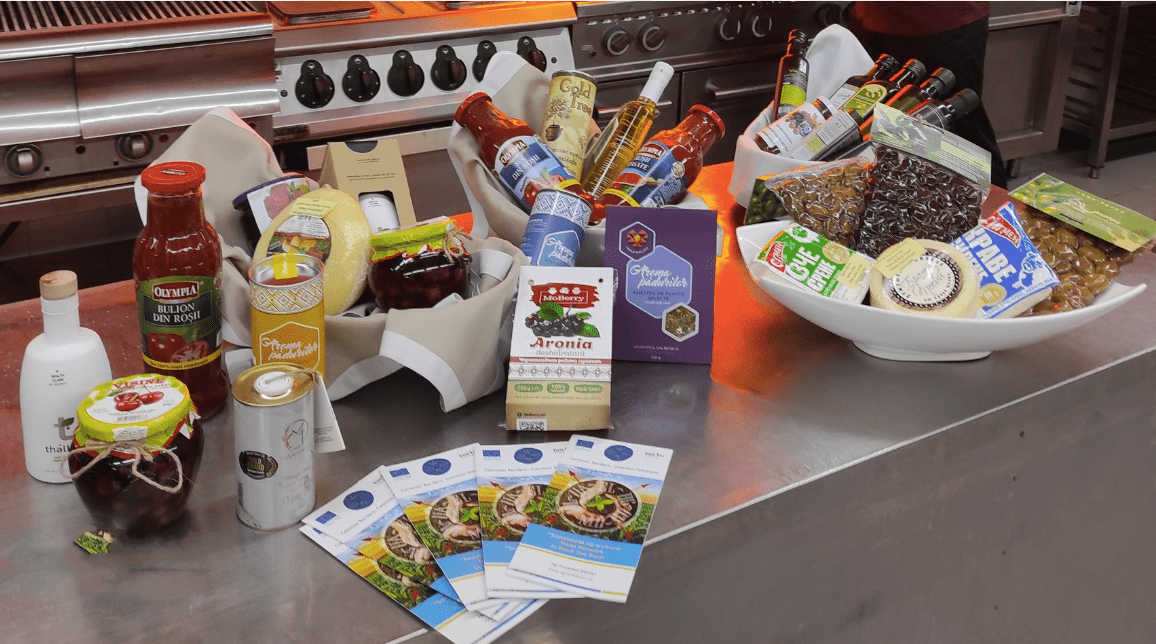 fairs, one per country, and instead of people moving across borders, the products did. A basket full of delicacies travelled from country to country and was exhibited to the traders, local organisations and cooperatives from each region in every single event. “We had to adapt to the mobility restrictions. Even though the social interactions were limited, we managed not to cancel this particularly important part of the project”, says Lina.

In the end, for her, this is the added value of cross-border cooperation: to interact and get to know your neighbours. The Black Sea Basin programme involves very different countries and cultures. Thanks to the project, people got to know who their neighbours are. Because neighbours matter… 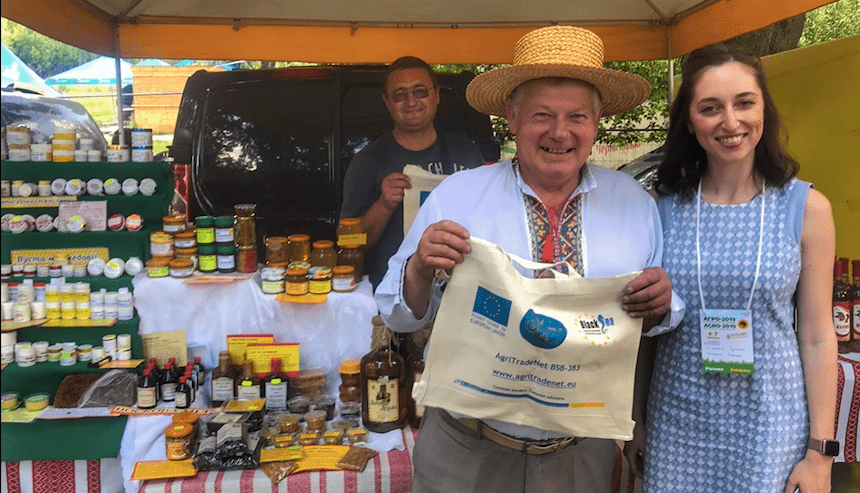