From fossil to bio-based plastic to reduce carbon dioxide emission, ensure sustainable sources and increase recycling. This change is crucial for ending plastic waste and heading towards circular economy. It is a joint effort – regardless of borders and ideologies – where every single action counts. The BioStyrene project, funded by the Estonia-Russia CBC programme, has its own innovative recipe for contributing to the global fight against fossil-based plastics…

The overwhelming 99% of all plastics produced in the world are fossil-based. In addition to the non-renewable sources – oil, natural gas, coal – the “traditional” plastic results in great greenhouse gas emissions at every stage of its lifecycle. So, at the beginning of this century, together with the growing concerns for the environment and climate change, was born the idea of a bio-based alternative – plastics produced from renewable plant-based sources. Most bio-based plastics can be recycled mechanically or – potentially – chemically, which can considerably reduce landfill waste. These plastics have a lower carbon footprint or are even carbon neutral, which contributes to ambitious climate goals, such as the EU Green Deal’s zero net emissions by 2050.

In the last 20 years the biomass research has significantly increased worldwide. One very promising field is the research on wood biomass. “Wood or wood biomass contains three main components: out of them, only cellulose has a high application value, being used in paper production. The other two, hemicellulose and lignin, are now mostly burned for energy in biorefineries” – explains Lauri Vares, a researcher and an associate professor at the University of Tartu (Estonia), the lead beneficiary. “Lignin, for example, has a complex structure, and this is the reason why it has been merely burned so far. However, the same paper companies are very interested in a better utilization of lignin, so they are keen for any solutions that academia can offer to them. One of such solution is converting cellulose-derived compounds and lignin into high-performance plastic which, as far as I know, has been hardly produced on a commercial scale.”

The idea of a wood biomass derived plastic is relatively new, and now the scientific community is mostly in a research phase. In the frame of the BioStyrene project, the University of Tartu is focusing on a specific compound – styrene.   “Polystyrene (i.e. polymer of styrene) can be found in many different plastics, for example, polystyrene is used in isolation materials; styrene is also used in acrylic paints, in food packages to ensure thermic isolation, etc. In this project we have specifically looked for replacing this fossil-based styrene with its wood-based counterpart, ensuring the same wide range of application”, – continues Lauri.

The project partners have investigated into acrylic paints. The research was done by the University of Tartu and St. Petersburg Forest State University (Russia). Both have extensive experience in the field: the Estonian university has been long working with polymers, while the Russian one is more advanced in biomass research. The collaboration of both was crucially important for the project research. “The paint approach came from us – says Lauri – but our Russian colleagues are studying various approaches how to use lignin which reduces the risks: if our approach fails, and their approach succeeds, we can still say that we have reached the objectives which is very important for research projects.”

Among several “candidates”, the academic partners selected and developed one specific cellulose-derived compound – isosorbide polymethacrylate – for a large-scale testing.  The University of Tartu elaborated the necessary technology, but it was hard to move from a university lab to the industry: the quantities produced in a lab are not enough for a large-scale test. Thus, close cooperation with the project partner “TBD-Biodiscovery” was essential to find the necessary industrial equipment. Using the developed technology, the Estonian SME produced about 1,5 kg of the compound which was further sent to the Russian project partner – a paint-oriented company «VAPA» – for testing on acrylic paints. The choice was very successful: most paint companies in Estonia are branches of large companies which are not very flexible in terms of authorization, while the Russian company was very eager to arrange piloting. 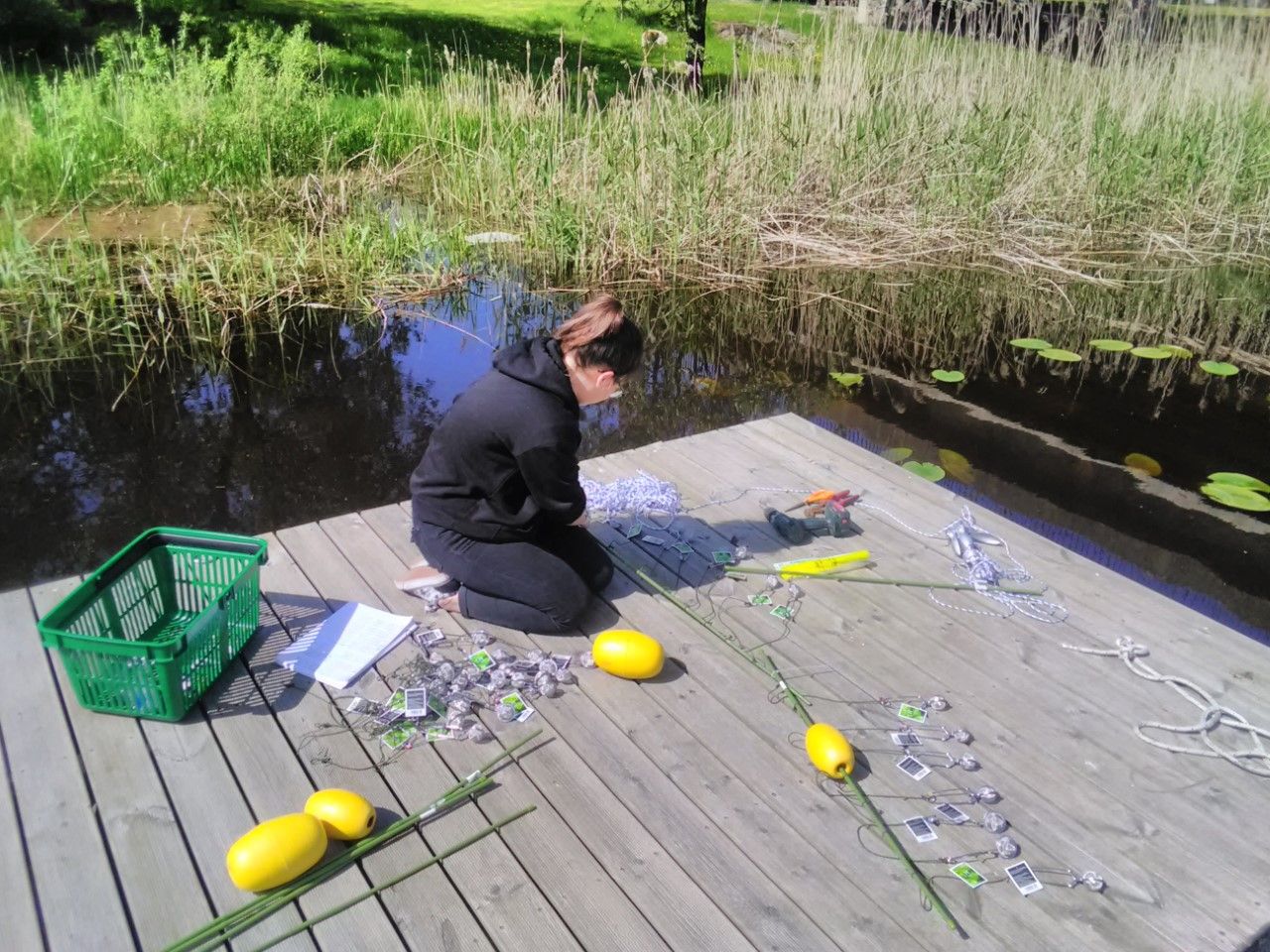 “The testing phase is still ongoing, but the first results are very promising, – explains Lauri. –  Probably some parameters need to be optimised, for example, our compound seems to be a bit more hydrophilic – it attracts water more easily, so such paint would be more suitable for the indoor rather than outdoor use, but I’d say that in general we have successfully demonstrated that the fossil-based styrene can be efficiently replaced by a bio-based solution.”

The first results have been achieved and the partners have released several publications with the research outcome published in important scientific magazines in open access for any interested company. But generally, the future opens a great variety of opportunities. “The results will be definitely used by academia and by development-oriented companies. It’s a big driver for companies to replace fossil-based materials with bio-based ones, because such products better attract consumers. For example, we have also worked with one Finnish company on coatings for coffee cups. Traditional coffee cups are coated inside to resist to hot liquids.  Such cups are very difficult to recycle as the coating – a polyethylene film – is too expensive to remove. We have tested with a Finnish company that our bio-based coatings can stand high temperatures and can be recycled, making the entire coffee cup recyclable as paper. Moreover, they do not form micro-plastic. We will definitely continue this research with the Finnish and the Russian companies.”

How viable is the proposed solution on the market, it is still to be fully explored. An evaluation will be possible once the process it scaled up industrially – to at least several hundred kilograms.  However, the idea of wood biomass plastic has been set in motion. A new opportunity to rethink production and consumption models, and to take one more step towards a circular economy.