Controlled burning can reduce huge volumes of garbage into – literally – a handful of ashes. Waste combustion is often preferred as an alternative to waste landfilling. But what is most important, it allows to recover energy from the burning process – either in the form of electricity and/or heat – that can further be used in homes and businesses. The EnyMSW project has worked on the development of this idea for the border regions of Romania, Slovakia and Ukraine.

Dump sites are a sore point for many municipalities across Europe and beyond. Stretching over hectares of land, landfills are emitting carbon dioxide, methane and toxins which not only harm the environment but also threaten health of local citizens. Thermal treatment of municipal solid waste (MSW) not only reduces its volume by around 95% but can also harness its embedded energy and put it for other uses. Of course, the waste-to-energy idea is not new, but its application to a particular city or region requires a thorough research to prove its feasibility. And this is what the three universities – the partners of the EnyMSW project – carried out for the regions of Maramures in Romania, Ivano-Frankivsk in Ukraine and Prešov in Slovakia.

“In simple words, thermal treatment means exposing waste to high temperatures, – explains Miorita Ungureanu, associated professor of the Engineering Faculty in the Technical University of Cluj-Napoca, North University Center of Baia Mare and project coordinator. – There are various thermal treatment techniques, such as incineration, pyrolysis, gasification. Among them, incineration, or combustion, can provide the primary energy: the heat released from burning converts water to steam, which is then sent to a turbine generator to produce electricity; and the surplus can be used for central heating”. Waste incineration plants which co-generate heat and electricity can achieve energy efficiency levels of over 80%, while their own consumption amounts to only 3%-6% of the thermal energy input.

Whether any approach to generating energy from waste can be considered sustainable depends majorly on the ‘net calorific value’ of the waste going into the process. In the frame of the project, the partners calculated the calorific value of waste in the respective regions to find out its combustion efficiency and energy potential. “Before, the energy potential of MSW could be determined only theoretically for our regions. Thanks to the project, we estimated it through the data obtained through the experiments. And we were the first to do so in our county in Romania, – says Prof. Ungureanu. 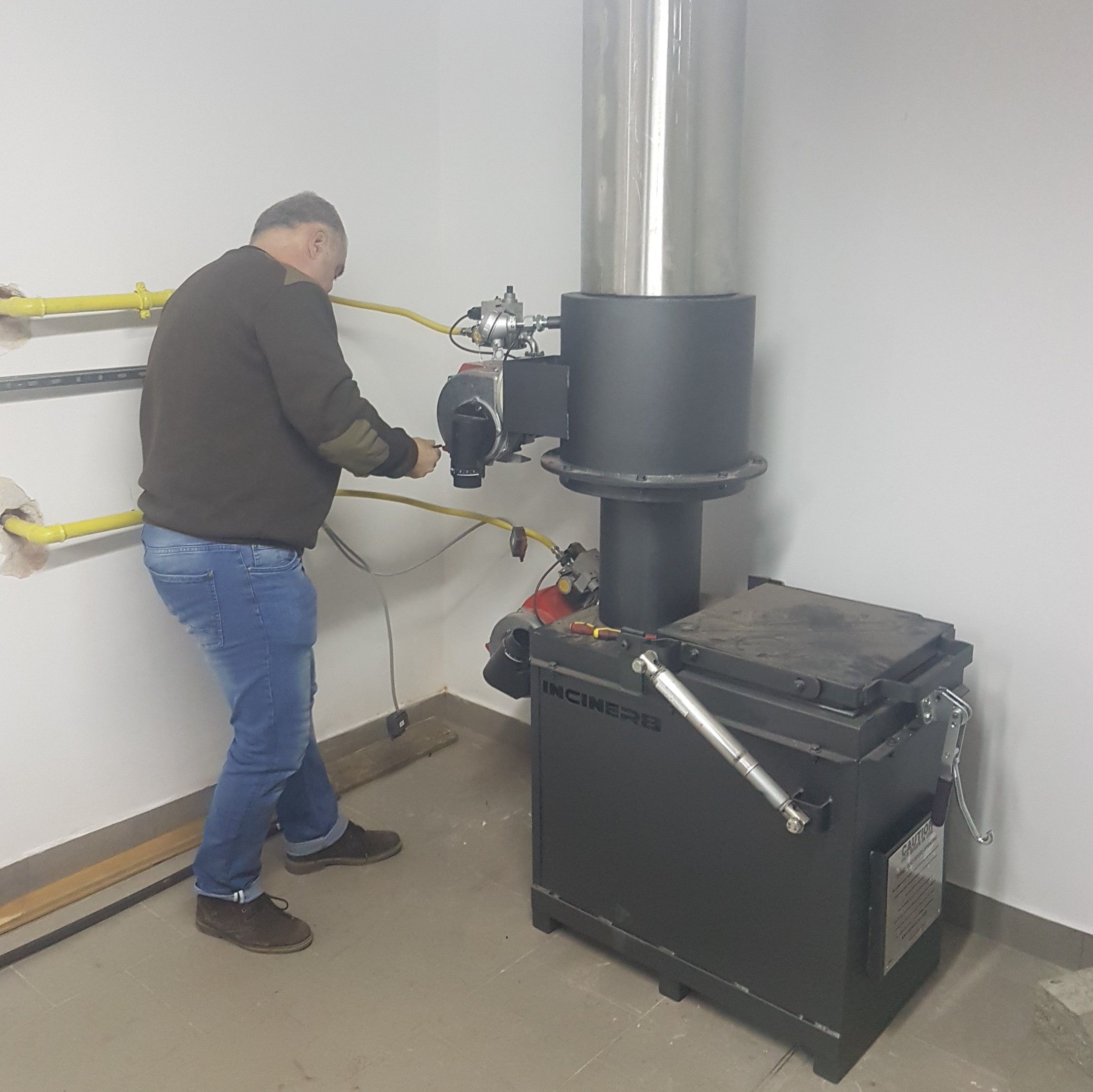 For carrying out the main experiments, the lead beneficiary – the Technical University of Cluj-Napoca – renovated and equipped its laboratory in Baia Mare through the EU financing. First, the project team collected MSW samples from landfills of the three participating regions, sorted and labelled them. The samples were divided into two categories: large and small ones. After a first drying and determination of the relative moisture, the small samples were shredded, and the resulting mass was sieved and homogenized to determine the physical and chemical characteristics of 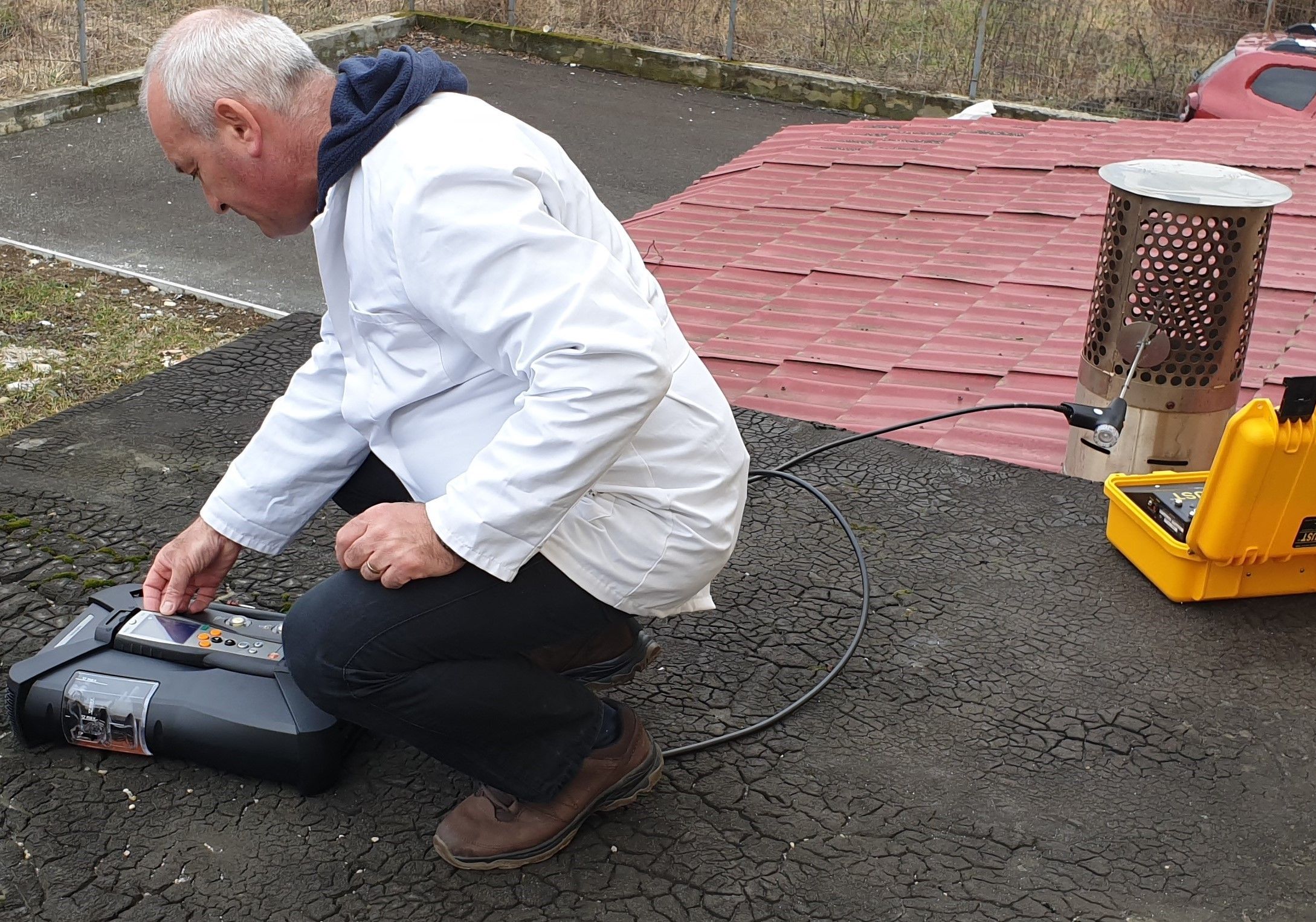 the waste. The following step was to perform the thermal analysis of the large MSW samples and the mass reduction rate by incineration. The MSW samples were burned in the waste incinerator, fixing the combustion duration and temperature. The mass reduction rate was determined by weighing the ashes. The partners as well recorded the emissions resulting from the burning process. “Of course, a disadvantage of waste burning are the emissions. However, the latest generation incineration technology is highly capable to reduce MSW to harmless compounds. And our project experiments proved that emissions meet the required legal limits”, – confirms Prof. Ungureanu. 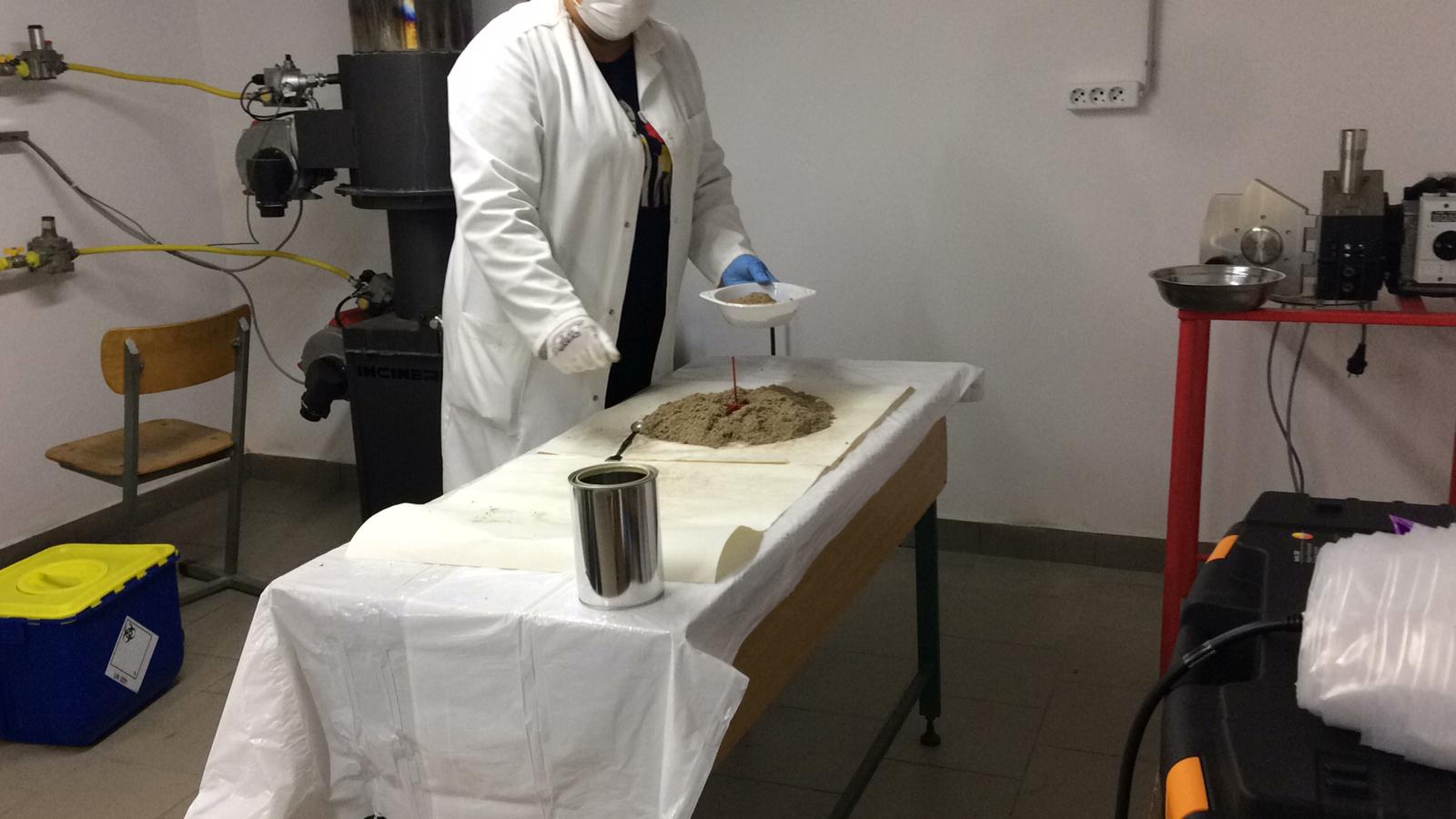 As a further step, the chemical analysis determined the metal component of ash and slag: this provides information for the re-use of ash in the future, for example, in the building industry.

The project partners created databases on the waste management system in the concerned regions; they contain physical and chemical characteristics of the analysed waste and the data on residues. The Slovak partner facilitated the management of the data obtained through the analyses by developing a new tool – the “Electronic Monitoring Platform” – which archives all the information and makes it available for partners and stakeholders.

“Based on the analysis performed on the waste samples and applying scientifically validated solutions and standards, we determined the energy potential of municipal solid waste for the regions of Maramures, Ivano-Frankivsk and Prešovsky. The findings give the ground to assume that the solid waste that is landfilled in our cross-border regions would have satisfactory characteristics to be recovered for energy by incineration, – underlines Prof. Ungureanu and continues: – We also carried out several studies with concrete proposals for integrating the methods and technologies for thermal treatment of municipal solid waste with energy recovery into the regional policies on MSW management.”

The study of applicable methodologies for energy recovery from municipal solid waste outlines concrete goals for each participating region to reach an efficient waste management. The EnyMSW project made the first step by carrying out a study on the MSW energy potential. The next move – already beyond the project – should be made by the authorities of each region. The move towards circular thinking.