Regular work plans have been blown up: the war in Ukraine has overturned the rail of cross-border cooperation in the East. But how have projects reacted? What have they decided to do, and how? This is the first of a series of reportages – including videos, pictures, and interviews – on the response of the ENI CBC community to the crisis unleashed by the Russian assault on Ukraine. Because for one neighbour attacking another, there is a third one opening the border to save the fleeing women and children. And we start precisely in Poland with SOSRescue, a project originally planned to train mountain rescuers, and suddenly thrown into the emergency by supporting a population on the run.

Ròwnia (Sanok) – From development cooperation to pure humanitarian aid: the war in Ukraine has pushed the ENI CBC community out of its track, compelling growth and education actors to repurpose activities and face an unprecedented emergency. It all happened so fast, and fast had to be the response: many neighbouring countries reacted, but there was one which got up as a whole and rushed to help.  It was Poland, which opened frontiers and homes to accommodate the fleeing Ukrainian population, swallowing without a blink or a moan more than two million people.  Refugees had left with nothing, packing a life in a backpack or a trolley, keeping their children by the hand. They often had experienced stressful situations and brought loss and trauma with them. As days went by, queues kept growing and so did needs: at first it was blankets, sleeping bags, a hot meal, and immediately after it became warm clothes and medicines, hygiene items and fuel, psychosocial support and toys. Something had to be done, and quickly.

The ENI CBC projects implemented in Poland reacted to the Russian aggression in the same way their country did: they didn’t linger on procedures, it was just not possible to sit down and wait. A phone call to programme authorities was enough: once received the green light, they quickly put forward their infrastructures, their human capital, the contacts established in years of cross-border cooperation and started working round the clock to support the hundreds of thousands of people escaping their native land to flood Poland in search of safety. “Project beneficiaries have reacted in a fantastic way – confirms Rafał Baliński, Managing Authority of Poland-Belarus-Ukraine (PBU) and Poland-Russia programmes – the effort was spontaneous and enormous”. As thousands of refugees were trying to get through clogged borders – waiting in the cold for days – simple Polish citizens put forward their vehicles, time, resources and drove to the frontier to pick them up.  But where to bring them to…? 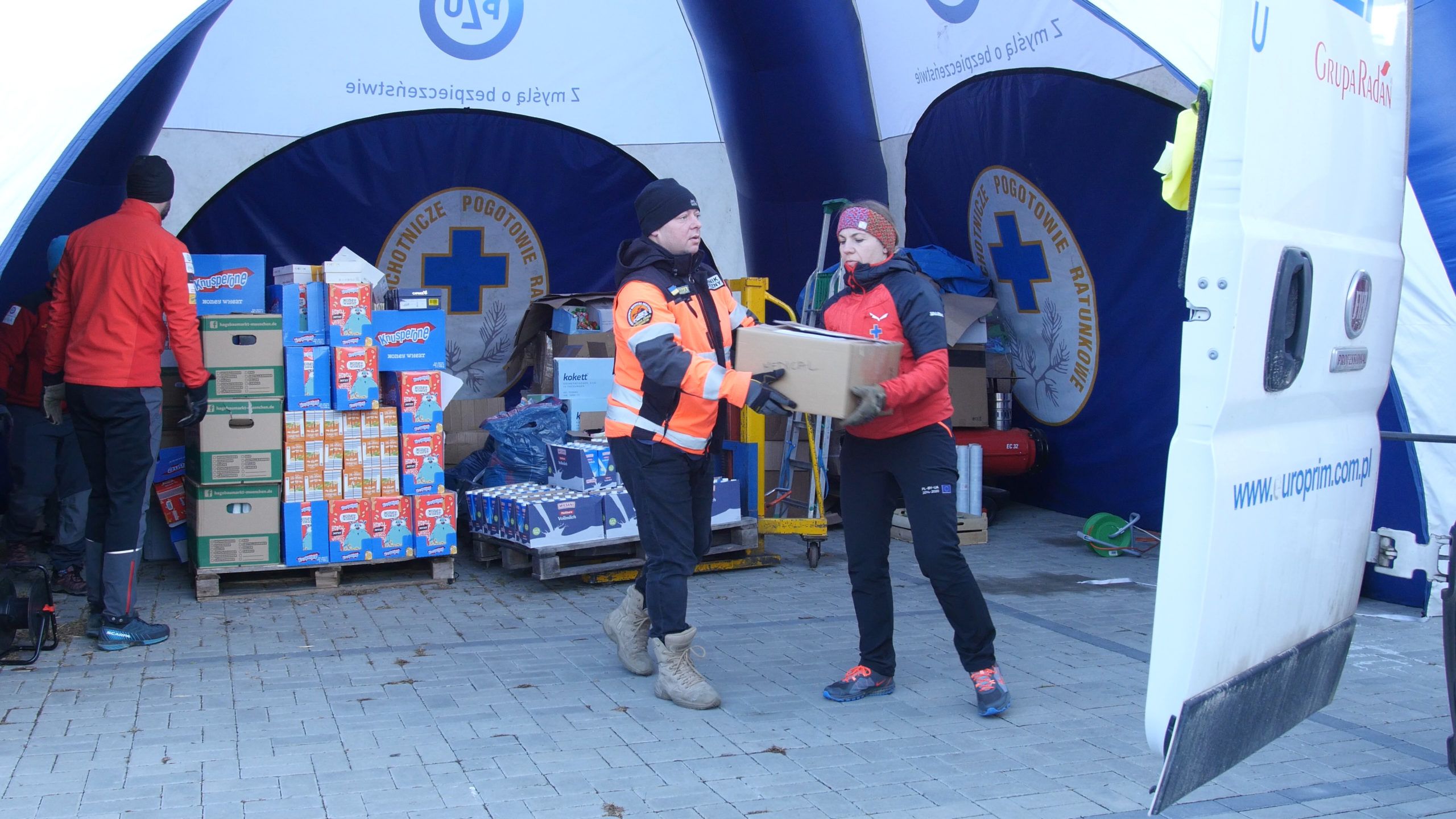 “It was probably the first day of the war, I got together with the other volunteers, and we thought: we have this great structure, it’s the ideal place to host people who don’t know where to go”.  Karolina Kiwior, 32 – member of the Mountain Volunteer Search and Rescue group (GOPR) – is the Polish coordinator of SOSRescue, a project born within the PBU programme to train mountain rescuers from Poland and Ukraine, and suddenly turned into a humanitarian aid hub. “Here in Ròwnia we were renovating a training centre, but it was not equipped to host people, there were no beds, only desks, chairs, projectors – recalls Karolina – So we mobilised our network, we gathered funds, and people, we got in touch with our Ukrainian partners, and in just three days we were able to accommodate around 60 among refugees and rescuers”. The centre is located on the mountains, just few kilometres from Ukraine: three floors, big rooms now full of cots, a fully equipped kitchen, a washing machine. It is only a transit point, a temporary shelter allowing people to come to terms with their new reality, to get their thoughts together, and decide what to do next. Like Irina Krucja, from Lviv region. “My two children, my mother and I, we stayed at 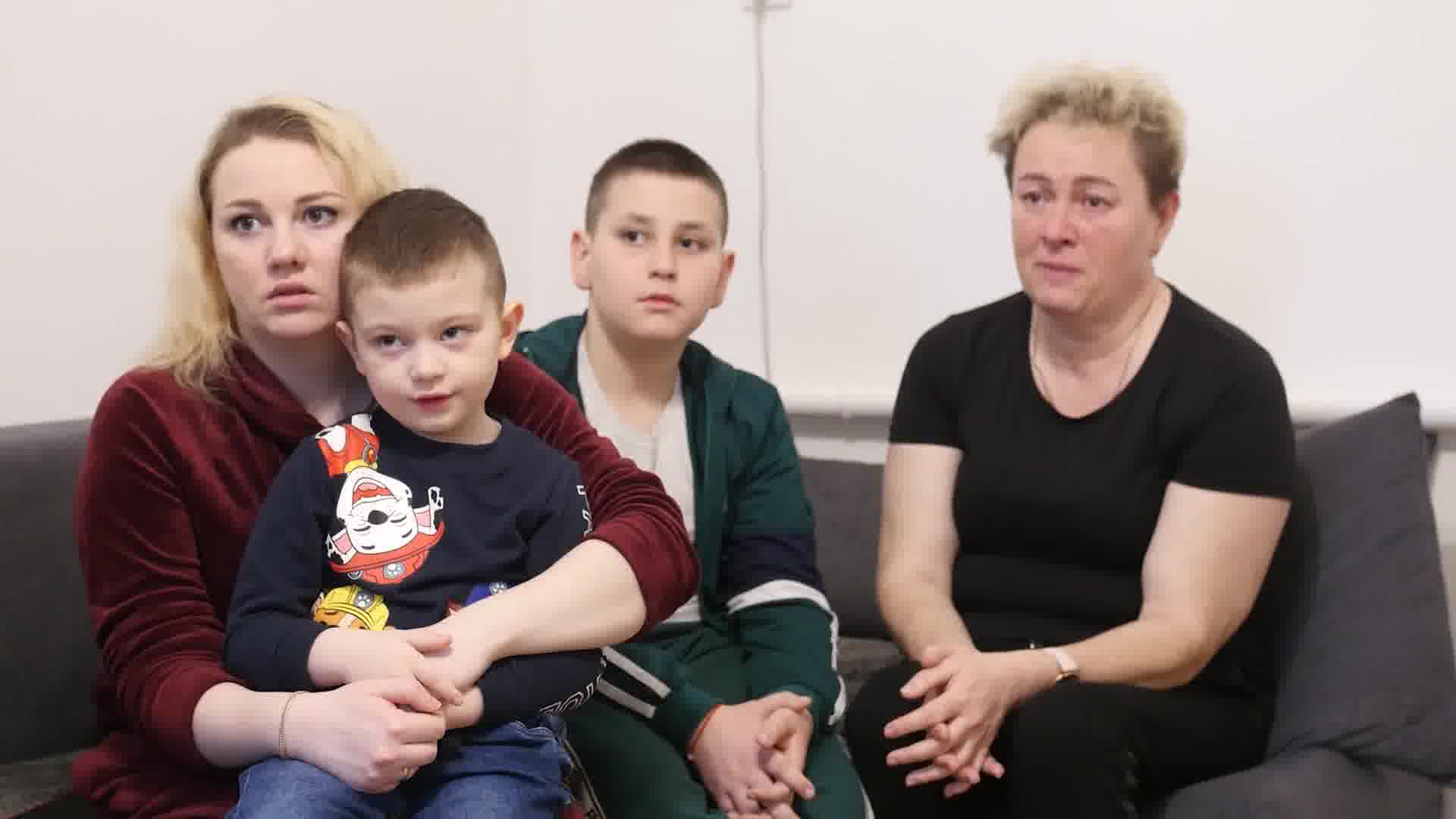 the premises in Ròwnia for more than a week, because we had nowhere to go. When we arrived, we found several families from Lviv, we could sleep, eat, wash there, children could even play with toys. The staff was very kind, they helped us to find a new accommodation in Krosno – continues Irina – where now my older son goes to school, and my younger one to kindergarten. It’s the first time he does, and it’s difficult for him, because he is the only one speaking Ukrainian, but the school staff is doing its best to sustain him. The Polish people are assisting us in any possible way, this solidarity is extraordinary”.

As a matter of fact, projects and people working in Poland are bearing the brunt of the burden. Hosting refugees is not the only task SOSRescue has embarked upon: the GOPR is collecting all sorts of aid items, both locally and from other parts of Poland, or even from abroad. They are transferred to the centre, stored under giant inflatable tents, and then loaded onto small vans, the only ones allowed to cross into Ukraine from the closest border, in Krościenko. By the beginning of April, the volunteers had already moved from Ròwnia around 80 tons of stuff – milk and school bags, canned food and cereals, bananas, and sanitary napkins – taking them across the frontier into Ukraine. “We are in touch with our rescue partners on the other side – explains Karolina –  we give the aid to them, and they do the reallocation, as they know better the needs on the ground. Sometimes they tell us where to deliver directly, and we go there and download our small trucks”.

Driving to a war zone seems not to scare this young lady, who has been a mountain rescuer for all her life (read the interview with Karolina in the “Voices” section). She has crossed to Ukraine dozens of times, carrying humanitarian aid, and just speeding up whenever war sirens break out. At the border now there are no more queues, procedures are lengthy, controls scrupulous. On the other side – the safer, western side of Ukraine, south of Lviv – traffic is normal, markets are open. But everything can change in a minute. The meeting with the Ukrainian partner is at a gas station, at the outskirts of Sambir: here the aid is transferred to his car. A powerful, long, intense hug is the way to express feelings unable to find words. 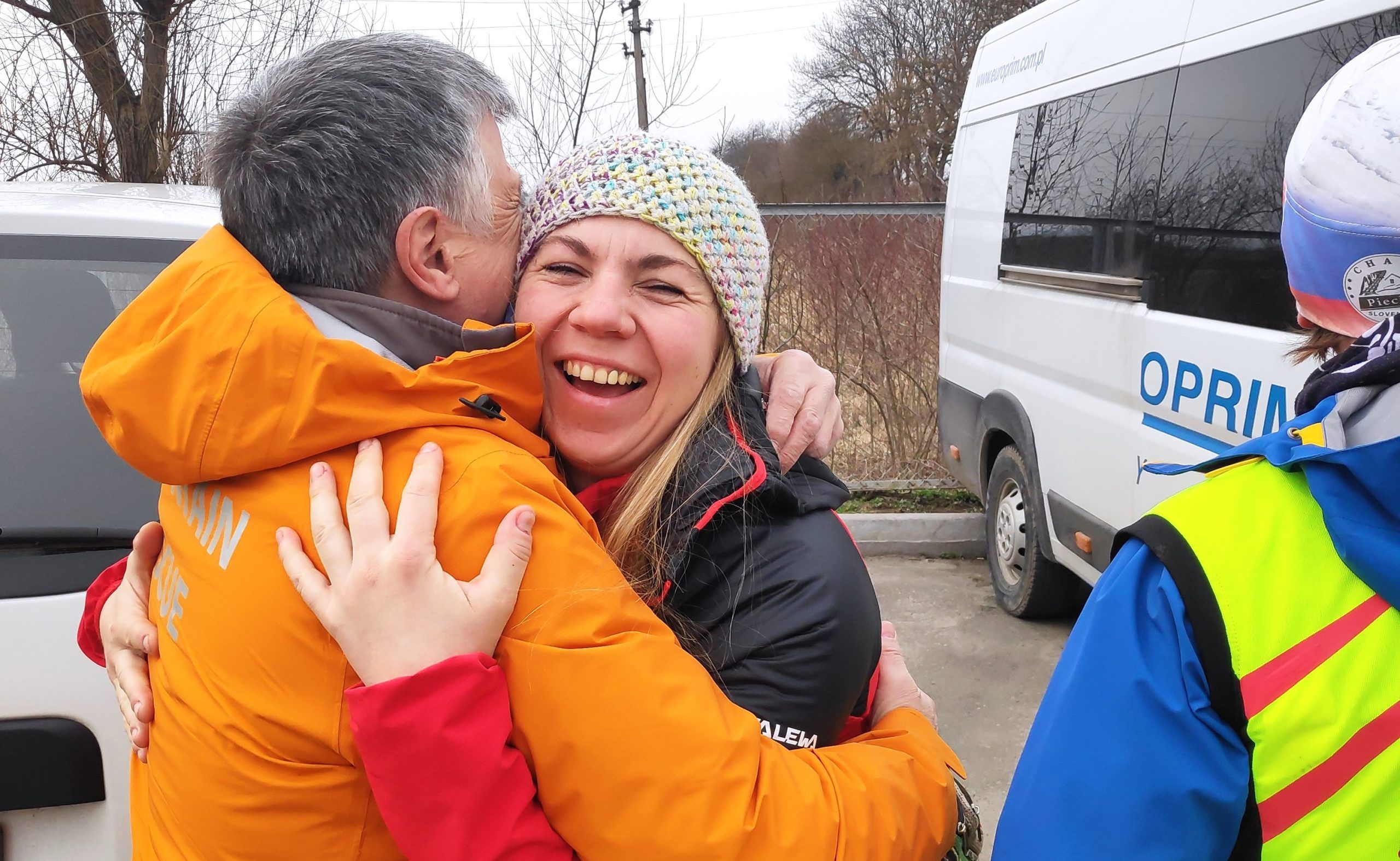 “How are you, Mychaylo? How are things?” Myhaylo Yavorivskyj smiles. “Everything is ok. Thanks to be here…”. It’s a partnership created to train mountain rescuers, and now dealing with war wounds. For more than 20 years the two groups – the Ukrainian, the Polish – have been working together, improving their rescue operations on the mountains across the two border regions. That is how the idea of the project came to life. “We had finalised the renovation of our training centre in Slavsko – says Myhaylo – and we were hoping to finally be able to start join activities again, after COVID-19…. instead, the war broke out. But after two days, we already received the first aid from the GOPR, the sleeping bags, the blankets. I don’t know how many times they have come. This friendship, this aid is so precious, so important for us in such a moment! I want to be optimistic, one day we will go back to rescuing people together”. For the moment, the Polish side is rescuing the Ukrainian one. “Partnerships have been very effective – concludes Rafał Baliński – projects have done a great job: knowing people across the border, makes a big difference in the identification of needs and the effectiveness of aid delivery. Now we as a programme will use all available resources to support them to complete their work, and to protect their financial interest. The priority from our side is to redirect approximately 11 million EUR to sustain Ukraine and Ukrainians in Poland”. Because never as today, neighbours can make all the difference of the world: for the bad, but also for the good.