“Each of these two countries, Estonia and Russia, must reduce the level of pollution it is throwing into the Narva River: they both have defined targets to reach, but the problem is that they calculate them differently. We are experts, and we think that we are talking about the same thing. But, in reality, we refer to things that have different meaning for each of us. This is where the problem lays: and this is what this project is trying to change”

Alvina Reihan from the Tallinn University of Technology, the lead beneficiary organisation.

The Narva River is one of the main tributaries to the Gulf of Finland: its source is at the Lake Peipsi, and for the entire length of 77 km – until it reaches the Baltic Sea – the river is the border between Estonia and Russia. Even if it is not very long, it is the second largest affluent to the Gulf of Finland. Phosphorous and nitrogen from anthropogenic sources brought by the river are contributing to the acceleration of the eutrophication processes in the Baltic Sea.

As the river is the border between the two countries, it doesn’t make monitoring and controlling pollution easier. That’s why hydrologists at the Tallinn University of Technology (TUT) in Estonia and the Federal State Hydrological Institution (FSHI) in Russia, as well as experts of the St. Petersburg City Government State Geological Unitary Company “Mineral”, came together in 2017 under the ENI CBC Estonia – Russia Programme and started working on Narva Water Management (NarvaWatMan), focusing on the harmonisation of approaches and the environmental assessment of the Narva River ecosystem.

It is not the first time the scientists cooperate: they have been working together already previously in the framework of the Baltic Marine Environment Protection Commission – Helsinki Commission (HELCOM), and are well aware that there is no common starting point for a joint action. At the moment data are not compatible, as there are significant differences in measuring and calculating the total nutrient load of the Narva River between the two countries. This results in the lack of common agreements on shares in transboundary loads, and the incorrect assessment of each country’s progress in reducing the nutrient input. 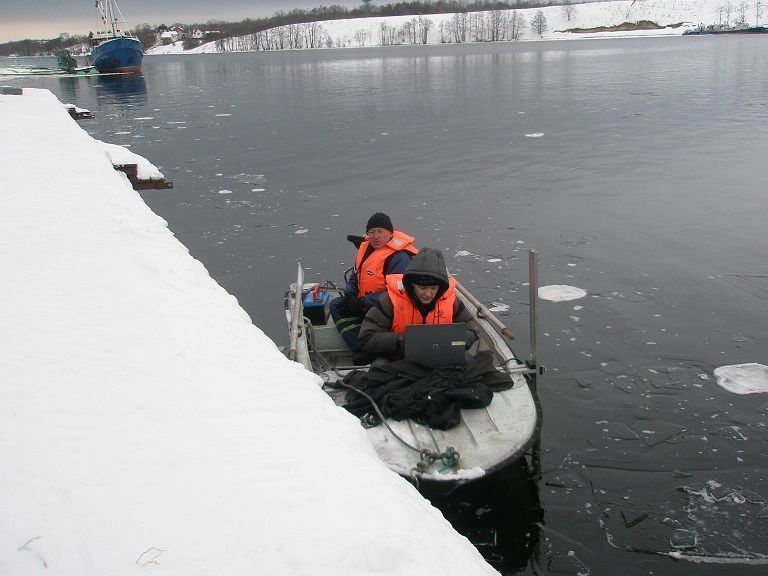 The project is driven not only by the scientists, it is also supported and facilitated by the representatives of the municipalities of Narva on the Estonian side, and Ivangorod on the Russian one. Both municipalities act as associated partners, but people are involved also at national level through the environmental agencies, and also at local level, with inhabitants of both shores of the river.

In the long term, the strategic aim of the project is to improve water quality in the region. This will be achieved by developing common methodologies, for example regarding nutrient load, water quality and load sharing estimations between the two countries. Another objective of the project is to increase public environmental awareness in the region.

NarvaWatMan is a good example of management of a shared water body: the purpose is to start with a more “local” action on the Narva River, to finally contribute to the more global objective of a cleaner Baltic Sea.

NarvaWatMan is well embedded in other initiatives. For example, it contributes to the “Save the Sea” and the “Clean water in the sea” objectives of the EU Strategy for the Baltic Sea Region; it also contributes to the collection of nutrient input data used by HELCOM for monitoring. On top of this, project results will support the implementation of obligations set out in the national (Russian Water Code) and bilateral (Estonian-Russian agreement for transboundary waters protection) documents and agreements. 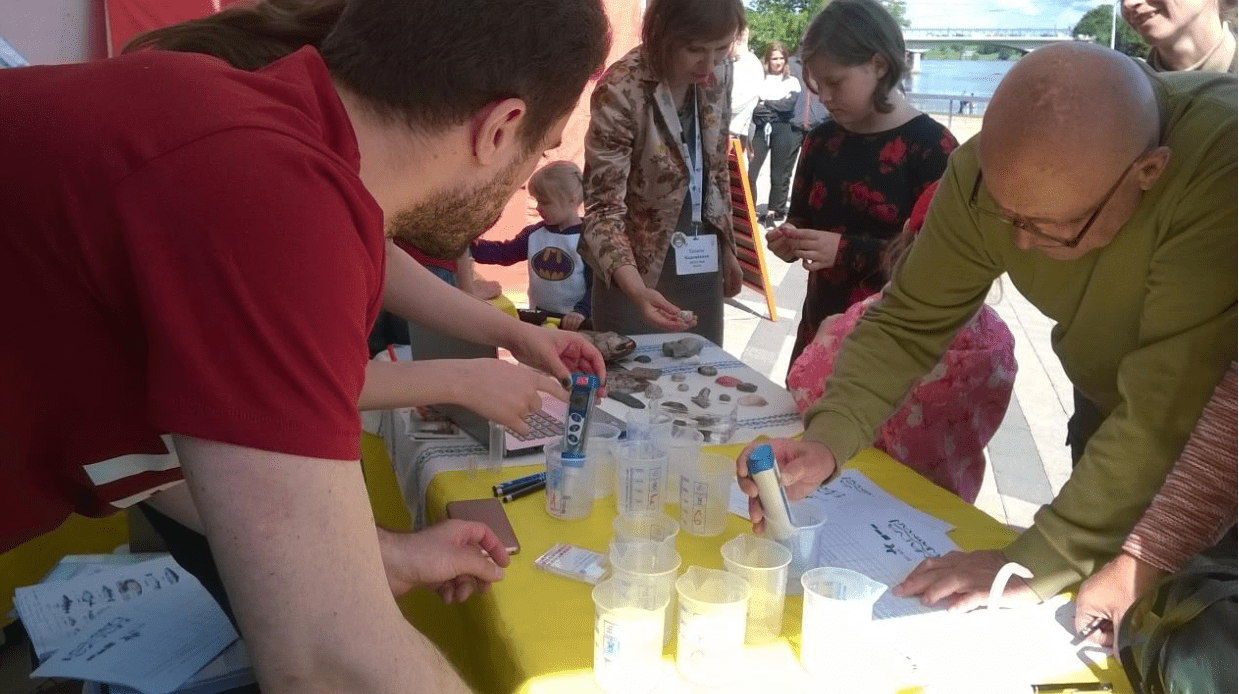 Scientific cooperation however is only part of the story. While scientists can improve knowledge about water quality, raising of awareness and involvement of local populations is crucial. That is why NarvaWatMan organised eco-marathons and public environmental information days; the people of the region are already showing great interest.

More than 600 participants have already taken part in organized activities: schoolchildren, specialists, teachers, whereas a wider public has participated in games, quizzes, laboratories of Eco-art, Eco-lab and Eco-sport. According to Alvina Reihan, the project coordinator, “participants were so interested, that even when the Narva River day reached the end, our presentation of the project had to continue, as people did not want to leave. They made analysis of water quality using lab equipment, and we explained the meaning of different parameters, and how they impact the water biota. People were very curious, asking all kinds of questions, especially children”.

Project implementation has proved to be fascinating, but also demanding. For example, specific permissions for the discharge measurements on the transboundary water have to be renewed annually. “In Estonia the permission was granted in May 2019, but the Russian colleagues could obtain it only in July. So, the joint measurements could only start after both sides were allowed to do so. We underestimated the time needed for procedural aspects”, says the project coordinator.

Increasing water quality at both river and Baltic Sea level is not a short-term endeavor. Ideally, when the project is completed, experts on both sides of the river will have more precise data and an agreed methodology for the calculation of the water discharges and the pollution load, that will help to better plan the nutrient reduction measures.