Eyes on the youth!  On 7 and 8 November the “Interreg Youth Road Show” headed to the Southeast Mediterranean, bringing around 30 representatives of the European Commission and the European Parliament to meet the youth of Thessaloniki and Serres (Greece). Four Interreg programmes took a chance to showcase their youth project in vocational training, employability, entrepreneurship, and environmental education. The trip’s itinerary included – for the first time! – an ENI CBC project “ZeroWasteBSB”. Its partners from Turkey, Bulgaria, Ukraine and Greece focus on zero waste practices and awareness-raising activities to minimize marine litter in the Black Sea Basin. The Greek partner – ANTIGONE – carried out a cycle of educational activities in several schools in Thessaloniki, and during the “Interreg Youth Road Show” we were able to appreciate the results of their work with youth. 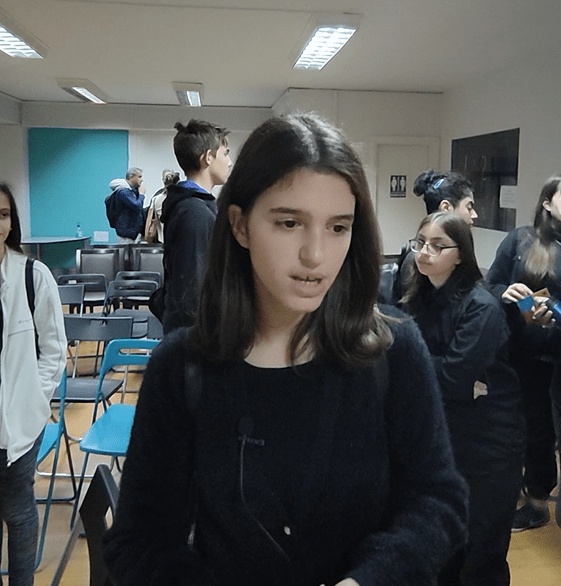 “We recycle both paper and plastic at our school” – says Evaggelia, a student from the 3rd High School of Eleftherio Kordelio – “And moreover, we have a special bin for bottle caps and another one for old batteries. I believe that we need to find more ways to motivate people to increase their recycling. We ‘must’ want to recycle, and we ‘must’ want to protect our planet and environment! It’s not a matter of choice anymore…”

The knowledge and creativity of the students from the 3rd High School of Eleftherio Kordelio in Thessaloniki are impressive. During the two-hour meeting with the EC and EP representatives, the young people from two schools are able to present a role play, a mini concert with musical instruments made from recycled items, an interactive quiz and a Kahoot 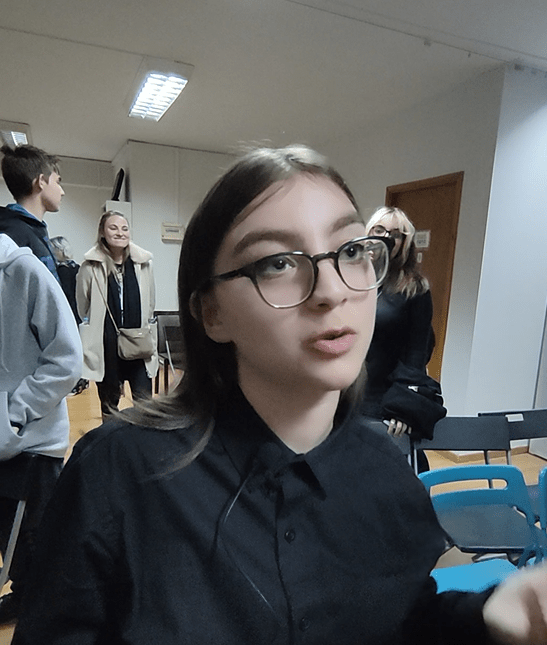 game on recycling, demonstrating a wealth of engaging ways to discuss this important topic. “Recycling is not as simple as it is presented on TV and by most people  – remarks Panagiota – It is only one of the ways to save our planet, and it must become a way of life, a mind-set”.

The general idea behind the “ZeroWasteBSB” project is to explore ways to improve waste management and waste prevention, not only by working with local authorities, but also through the engagement and motivation of communities. The four project partners were challenged with the same issue: a huge amount of waste produced in touristic areas. And every partner managed to set up a solution for its own territory. The Kirklareli municipality, in Turkey, developed an online system for waste control in 39 villages of the province. “Each household was given a card and trained on separate waste collection – explains Konstantina Pantziou, project coordinator – On a regular basis, a specialized truck purchased within the project, passed through the villages to collect waste from the households. According to the weight of the waste, the card was credited with points which give advantages to the villagers on the municipal level, such as free parking or free theatre tickets”. The Bulgarian Tsarevo municipality purchased a cleaning truck and installed underground bins for separate waste. Moreover, together with the Turkish partner, it carried out an inspiring campaign at the border river Rezovska between the two countries involving several hundred volunteers into cleaning-up of own riverbank on the same day.  The National Academy of Ukraine was focused on domestic composting: hand-made composters for organic waste were installed in 28 schools, and children learned how to build their own home composters in a series of educational workshops. 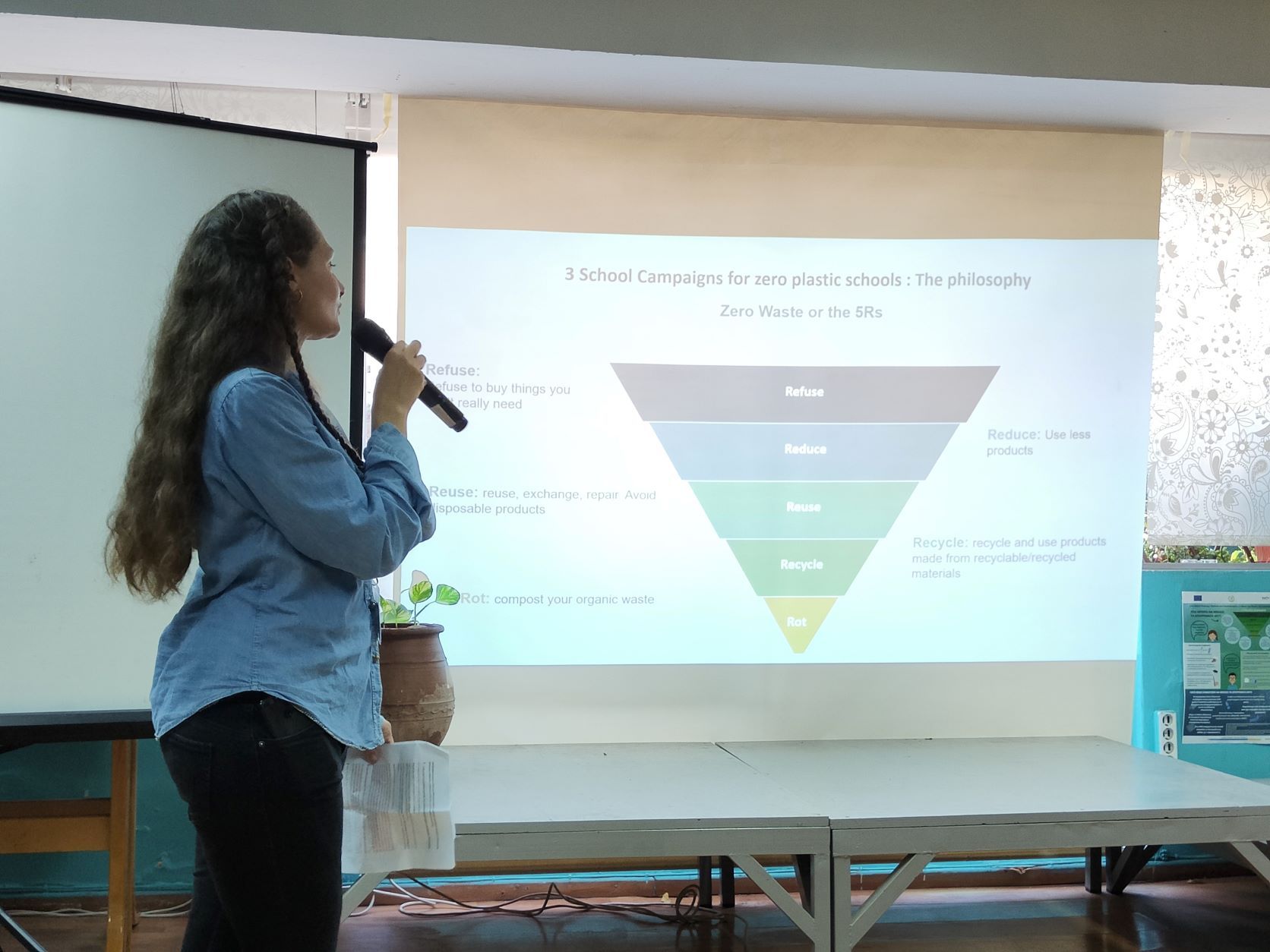 However, on top of the partial solutions, the project pursued a more global objective – the promotion of the Zero Waste philosophy.  “By this name we mean a shift in consuming behavior which we, especially the Western society, need to adopt – explains Tania-Maria Gkouzouma, from the Greek partner ANTIGONE – It comprises the 5Rs: refuse, reduce, reuse, recycle and “rot” that stands for composting. In this inverted pyramid, the emphasis is made on reducing, as much as possible, our waste”.

The project targets particularly school children and youth.  The philosophy of “Zero Waste” is at the basis of all educational activities launched by the ANTIGONE center. The center conducted three school campaigns for “zero plastic” engaging 800 students and professors, 62 edu-creational workshops for over 1300 school children, 6 field trips in which young volunteers collected almost 10.000 liters of waste near rivers or sea.

“We have registered an increased use of reusable water bottles instead of single-use plastic bottles – continues Tania – or small conversations between students such as “I don’t use this T-Shirt, you can take it, if you like”.  Or even stories about persuading parents to recycle properly, especially e-waste etc. Being an educator myself, I must say that these small changes really encourage me to keep trying for a more sustainable future”. 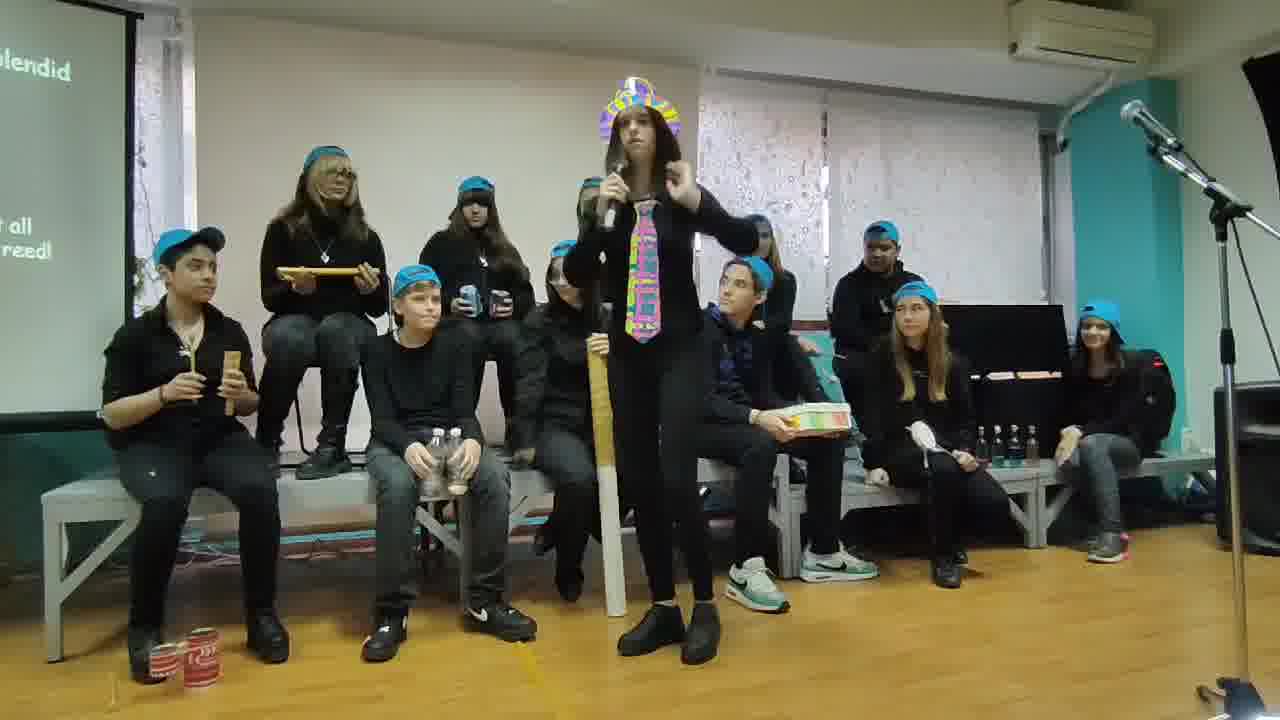 The pedagogical framework used by ANTIGONE is based on the principles of experiential and non-formal education. Work in groups, critical thinking, problem solving, cultivation of empathy and values education are the essential elements to help students understand the complex nature of the waste problem, including its socio-economic and health dimensions.

“Most of the student did not seem to realize that problems such as poverty or social inequalities can be linked to our garbage. In our role-playing activities children imagined themselves working in e-waste recycling without proper protection or adequate payment, or being fishermen near a super polluted river, or living next to a dump” – adds Tania. And Konstantina underlines: “Educators were able to see the change, to witness that the information about a less obvious effect of waste, such as social inequalities, had a strong impact on teenagers. It was inspiring to see how eagerly they picked up the role of ambassador or multiplier in their own schools”

The ANTIGONE educational programme, developed in the frame of the project, has been approved by the Institute for Educational Policy of Greece and every school in the country can take advantage of it even after the project closure.

Various pedagogical tools, such as simulation games, role-playing games, theatrical plays, Zero Waste artworks or creative writing, helped the ANTIGONE educators to reach out to the youngsters. And the work paid off. Results were well noted by members of the European Commission and the European 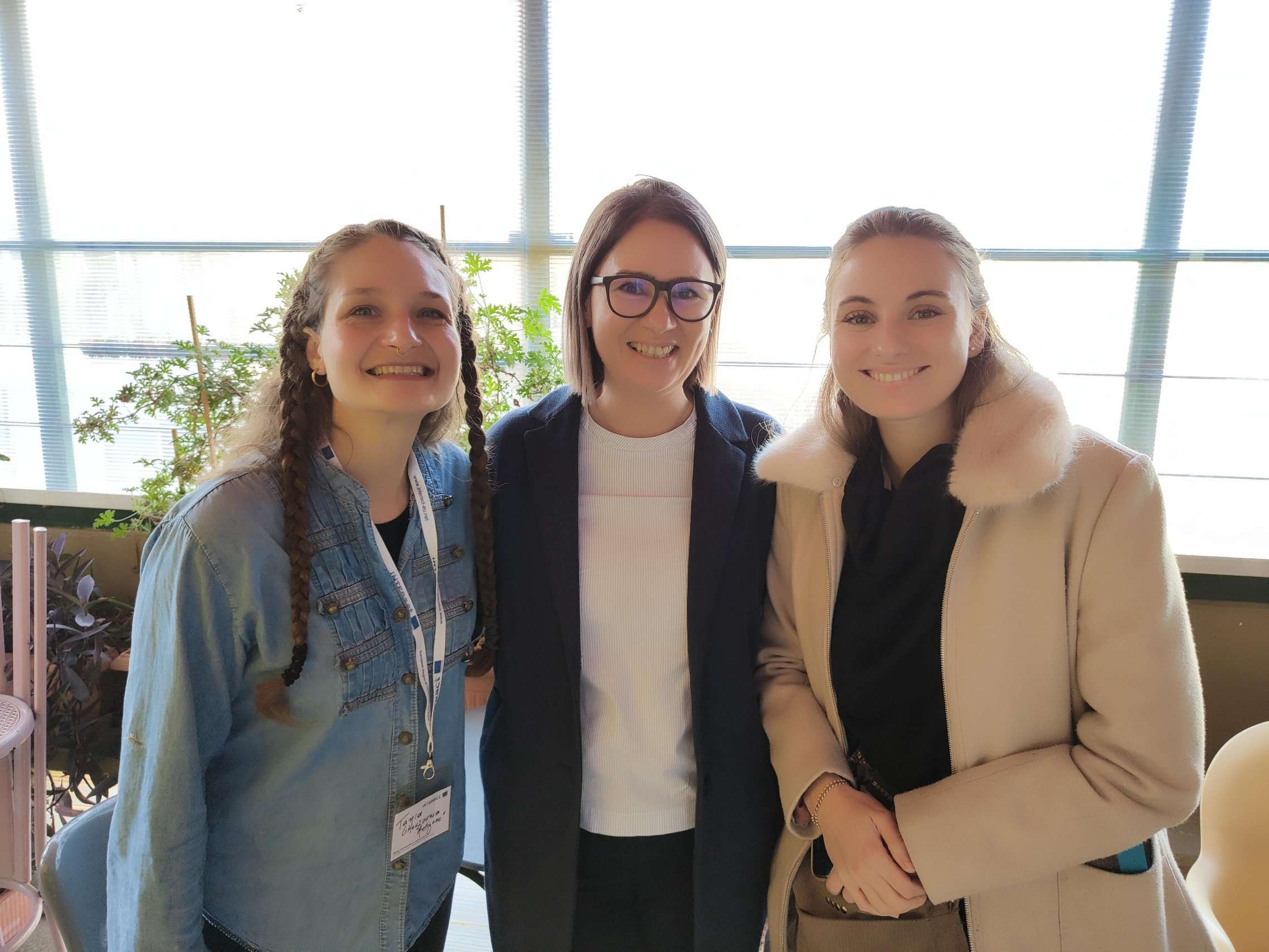 Parliament during the “Interreg Youth Road Show” visit. Astrid Aulnette (in the picture with Jesica Papusa and Tania-Maria Gkouzouma) is Communication manager at DG REGIO. Looking at the performance of the youth she remarks: “If we want to win the battle against maritime litter and to save the sea biodiversity from pollution, it is crucial to work together with all generations. The EU has the mission to make the planet greener and therefore, some EU funds are serving this objective. This is the case of the European programme “ENI CBC Black Sea Basin”, where countries around the Black Sea, belonging to the EU or not, lead joint action through projects”.  “When meeting with the people working in the ‘Zero Waste’ project – continues Astrid – what stroke me the most was the innovative and pedagogic ways to approach children, who are educated to reduce their wastes, and at the same time they are educating their parents to do the same. They already got the consciousness that a cleaner sea cannot happen without coordinated and cooperative actions. We have here a good example on how EU policies are bringing to the citizens the sense of cooperation for the benefit of all”.

“ZeroWaste BSB” is just one of over 300 ENI CBC projects targeting youth. This topic is high on the Commission’s list also when it comes to the NEXT programming period: active participation in the Interreg Volunteer Youth (IVY) initiative, involvement of young representatives in programme monitoring or/and steering committees, dedicated calls and campaigns targeting young people – are several concrete examples of how to increase in the future the space for the youth in the Interreg world. Seizing the occasion, we’ve asked Slawomir Tokarski, Director for the European Territorial Cooperation, Macro-regions, Interreg and Programmes Implementation at DG REGIO, in which sectors of the NEXT programmes he sees an increased space for youth participation: