Do you want to travel to Alghero to discover the secret of the Black Eye Pirate? Or to find out who killed the Lebanese governor in the Mseilha Castle? Or to make an ancient watermill work with your phone? This is now possible thanks to the MEDGAIMS project, an initiative launched by partners from four countries across the Mediterranean, to revolutionize the tourism sector. The project is born to offer an alternative to the typical “sun and sea” products, and to attract visitors throughout all seasons in areas away from main tourist sites.  It does so with a combination of digital and physical games. We have talked to  Daniel Asmar, associate professor in Mechanical Engineering at the American University of Beirut and MEDGAIMS project manager.

What is the final aim of MED GAIMS project?

We intend to increase visits to sites which are not well-known across the Mediterranean region. To do so, we are offering a novel product and a new approach: experiential tourism through games, digital combined with physical ones. We want to provide tourists with the opportunity to have a unique experience when they visit the sites… something different from just going there and hearing people telling you a story, but rather using all senses – hands, eyes, ears – to play games and experience the place in a fuller, more immersive manner. We want these experiences to make a larger impact on people, so that they are encouraged to go back and tell others. The final goal is to increase the touristic flow to less known sites.

How did you come up with the idea?

It’s a funny story. Cultural heritage is a topic very close to my heart, my dad was the director of the Antiquities Department in Lebanon. Still, before I got into this project, I remember visiting tourist sites and thinking that they were a bit boring. I thought there had to be a way for tourists to experience something else, something different… On the other hand, I have a 15 year old son, whom I have always tried to push into reading, with little success. When he had some free time, I would see him playing computer games with a real passion. So, I thought, if you cannot beat them, join them! I sat with him and tried to understand what this was all about. That is how I found out the marvel of games and their potential to educate people while playing. I thought it would be a great idea to introduce gamification into cultural heritage sites. So, I grouped some partners, we wrote the grant proposal… and here we are.

What is the gamification of a touristic experience? 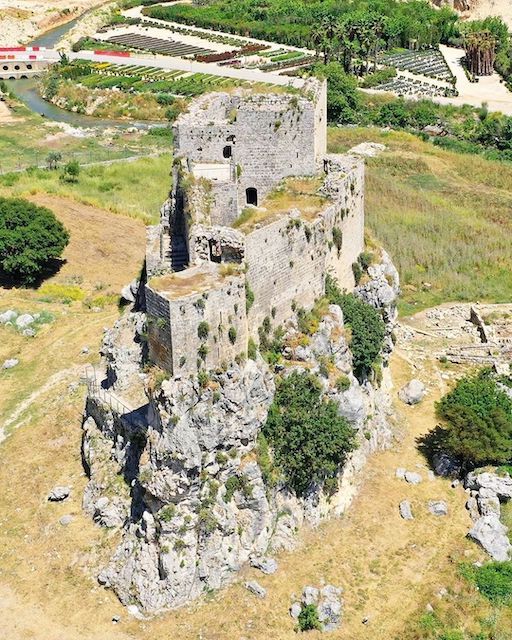 A new type of digital game has appeared in the last decade, the so-called “serious games”. It does not sound like much fun, but yet it is. They are labelled like this because they have another purpose apart from entertaining: education. You want people to play and learn about a specific region, or a historical site. And you want them to do something special, a “physical” game once they reach the place. We have applied this concept to different cultural heritage sites in four countries. For example, in Lebanon, we are developing games at the Msaylha fortress, 50 km north of Beirut, where you can find an old fort built on top of a high rock and an ancient mill: a beautiful site full of history that not too many people know about. Other locations for the games include the Fidar tower or the Saida Sea Castle in Lebanon, the historic site of Umm Qais in Jordan, Alghero in Italy or Vilanova i la Geltrú, near Barcelona, in Spain. We picked places where gaming could be possible, places which are not very congested with tourists, and that are relatively well preserved.

What kind of games are you developing? 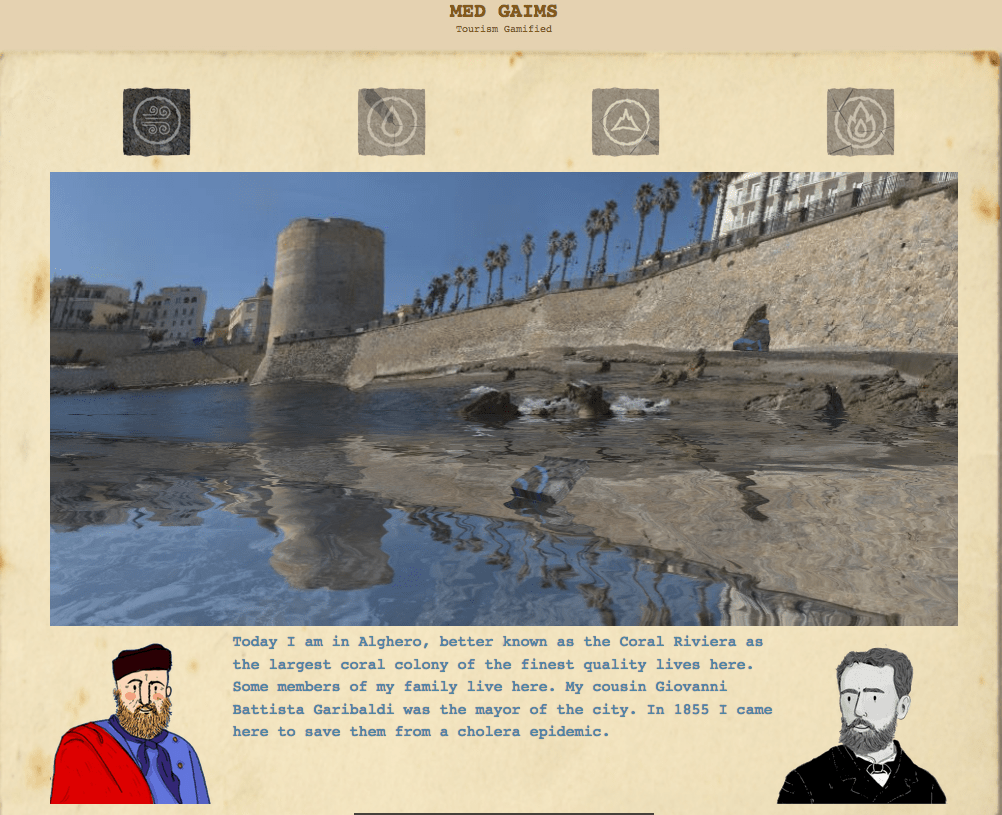 As an introduction to our project, we have created a very simple but fun game which you can play already online! The mini adventure game takes place in some historical sites: your mission is to find the missing pieces of an ancient stone tablet that has the key to unlock the secret of the Black Eye Pirate. While playing, you travel around four key tourist places and learn about their history. When you land in Alghero to fish for the missing pieces under the sea, you really want to travel there… The game scenarios are a 3D representation of the real places and the information given are true facts collected by historians. Everything is real, except for the pirate! 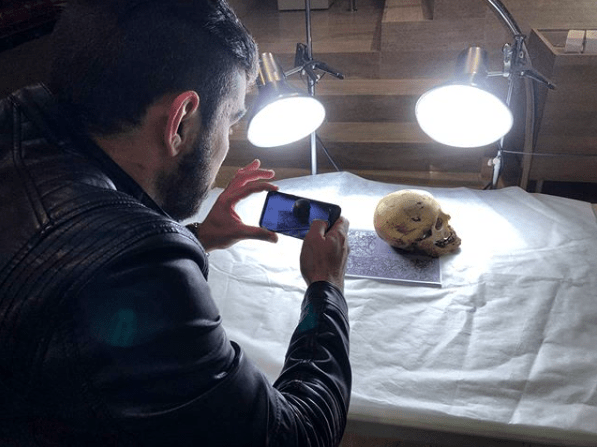 Another game, this time developed by a company, is a copycat of the classical Cluedo: you have to discover who murdered the Lebanese Governor at the Mseilha Castle during a dinner. While you play, you move through the rooms on the board representing the castle and collect clues about the circumstances of the murder. If you win, you can scan a QR code that will give you access to a free hike along the real-life historical castle!

Another example – the watermill game –  is a “phygital” one (half digital, half physical), that takes place at a historical mill at the Mseilha fortress. The mill is water-powered and the game consists in reproducing virtually all the needed steps to make it work, from diverting the water down the river, to channelling up to the mill. If you succeed, the physical watermill will actually turn for 10 seconds. The idea is that people can play either at home and learn about it, or on the site and get the full experience making the historical mill work again!

One of the objectives of the project is supporting game and applications designers to develop their own ideas… can you tell us more? 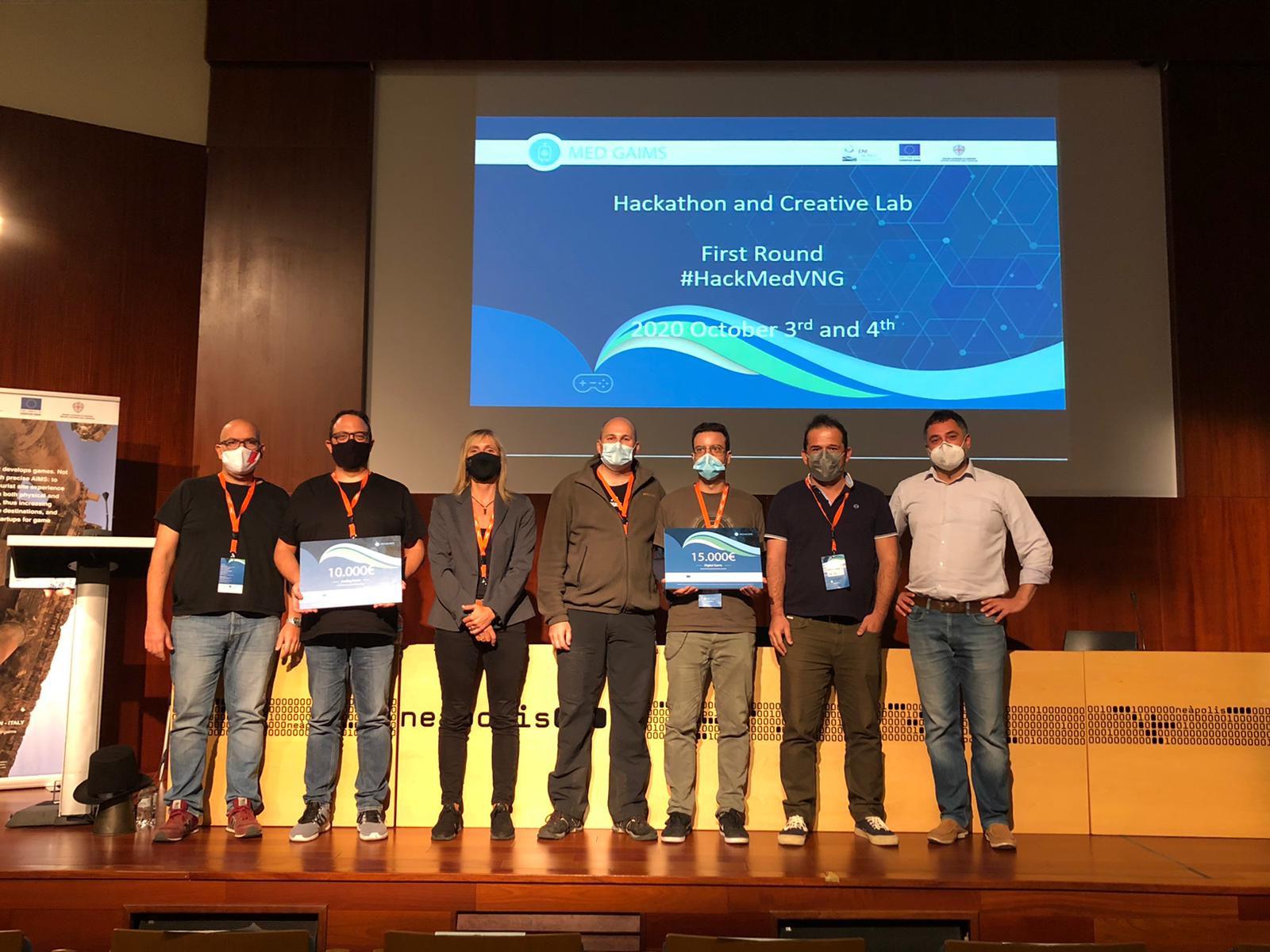 We are producing 40 games, ten for each country, of which five are being developed by us and five by companies outside the consortium. In this way, we are supporting micro, small and medium size enterprises. We launched a call for proposals, companies applied, we shortlisted the best ideas and they developed and pitched them during a three days Hackathon and Creative Lab. The winners – five per country – received a grant to produce their games, 10.000 EUR for the physical, 15.000 for the digital ones, and our support throughout the whole process. In about 8 months they have to deliver the final product.

Where will the games end up?

The game developers will keep the intellectual property, but we have licensing for life, as for the game in that particular site. The grant recipients are companies and we want them to succeed. They will sell the games to the tourist operators and replicate them in other tourist sites, to start making profit. Furthermore, we are developing a “gamification toolkit”, an online platform to support companies to develop games across the Mediterranean and beyond. If tourist operators see that gamification works, the tourist flow will increase, and businesses will thrive. There will be more income for tourist sites and for small and medium enterprises.

The project was already ongoing when the pandemic hit our societies…

We had to improvise, like everybody else. The online adventure game was supposed to be developed some time next year, but we accelerated because people are at home now. The digital games have not been impacted at all. However, the physical ones are behind schedule because we need to create costumes, small constructions, build some props, etc. We are delaying that and progressing as far as we can with the rest. For example, we have invested in an online simulator to replicate any physical game and test it online. This way, when the time comes, we will be ready to reproduce it physically. It’s true that digital technologies allow people to virtually visit places and learn about them, and even more so in such a period. Once the pandemic is over, we hope that this will open the door for the much-needed physical travelling experience. But as long as people cannot travel, this is the second best alternative!

What do you think is the added value of the cross-border collaboration?

The co-creation process by people from different cultures and backgrounds is crucial towards the production of the games. The project name is itself a very good example of this. GAIMS is not how you spell GAMES, I made up this word because the translation of “Games” in Arabic, stands for “toy”, so people would not take our work seriously. The word “GAIMS” evokes the same concept but does not mean anything as such, it is just an acronym for our project. It turned out to be a good thing. 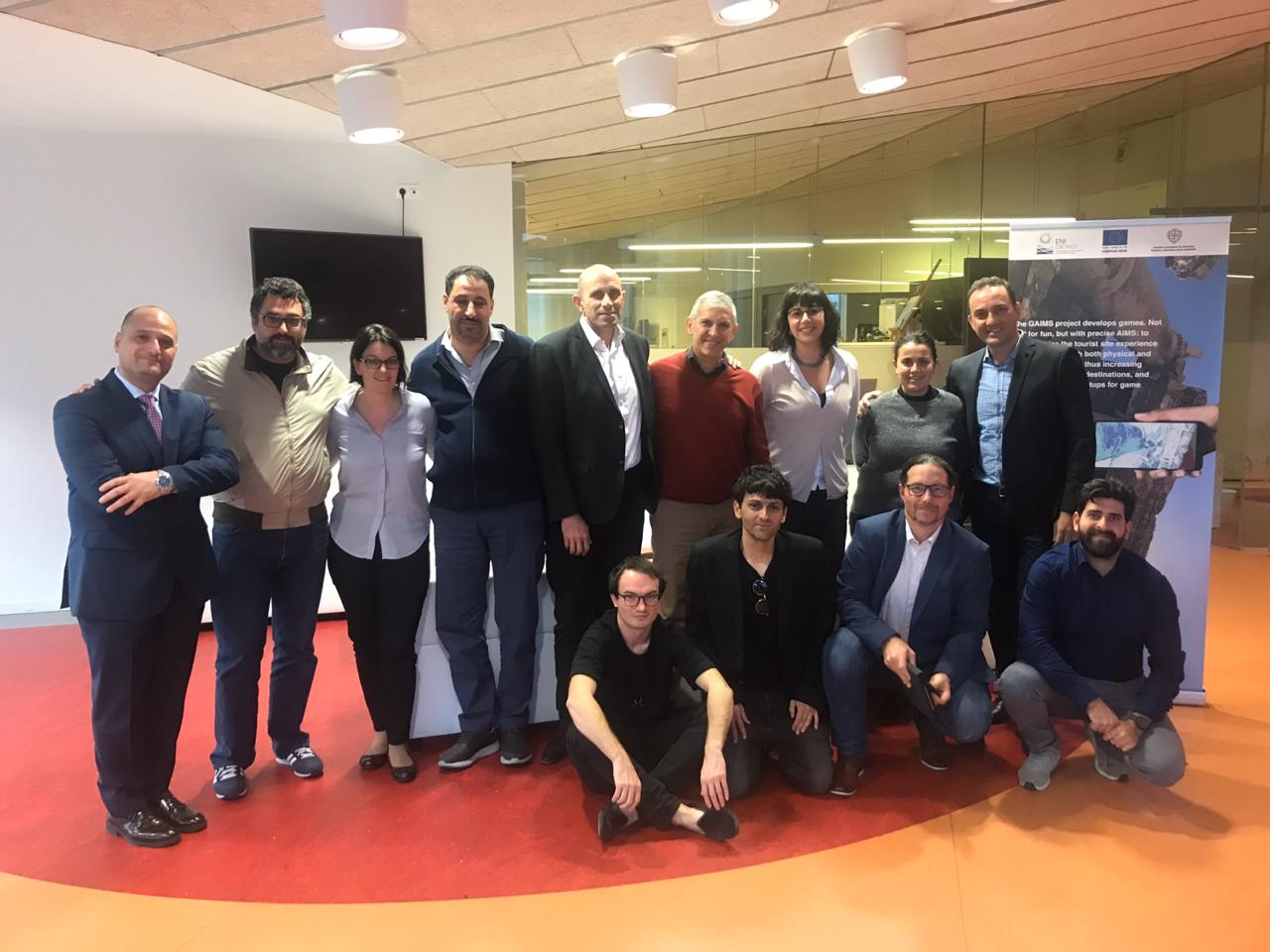 "Cooperation works, if you want"

Green farmers conquering shelves with IT

"TESIM: a team of 20 experts behind the cooperation across the external EU borders"