The Amber Museum in Gdańsk (Poland) has a unique item in its collection – a complete amber chess set. It is one of the four that have survived to this day and is supposed to be created by Michael Redlin, one of the finest amber craftsmen, who worked in Gdańsk in the second half of the 17th century. From Poland the precious chess set made its way to Amsterdam and later to Scotland. After almost 300 years, it has come back to Poland also thanks to the “Connected by amber” project, funded by the Poland-Russia CBC Programme 2014-2020. We’ve talked to Kinga Krause, Head of the Co-financed Projects Department of the Gdańsk Museum, how to preserve and promote the precious amber heritage. 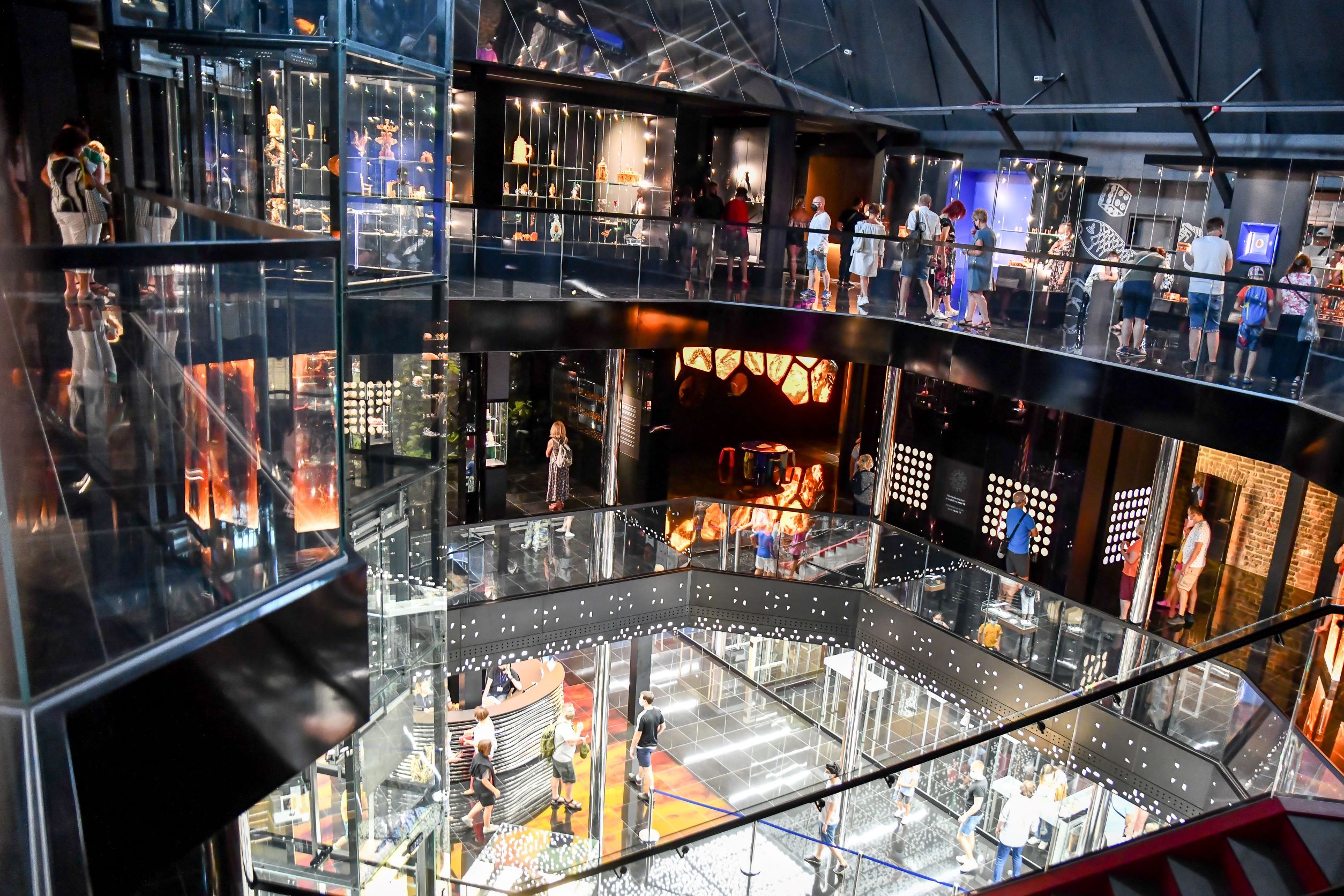 Amber heritage embraces all three: natural, cultural, and historical. The Baltic region is a wealth of mesmerising deposits of this fossilized resin originating from extinct trees of the Tertiary period. The Baltic amber, or succinite, is the most beautiful and varied in the world. Dating over 40 million years ago, it has a rich history to tell: our collection has unique pieces of natural amber with the inclusions of fossils, such as a mummified gecko and a “sunken lizard” – prehistoric animals not to be found anymore. From the Middle Ages the inhabitants of the Baltic Region – of Pomerania and Kaliningrad area – worked together on it: in Kaliningrad amber was mined, and Gdansk amber manufactures created various fine objects: lamps, jewellery, mirrors, decorative boxes, cutlery and many more.

What are the challenges in protecting amber heritage?

Amber is very delicate, easy to be broken or destroyed. If we want to conserve objects which are millions of years old, we must protect them. Our museum provides the best conditions for storing this precious tree resin, for example, dark windows to shield it from sunlight and UV, or the required humidity – in some showcases the humidity reaches 95%, the optimal level for natural amber objects.

What is the final aim of your project?

We aim at protecting amber heritage and promoting it among local citizens and tourists of Gdansk and Kaliningrad. As part of the project, we have opened a new permanent exhibition in our museum. It displays amazing objects which attract numerous visitors. One of them – the complete amber chess set, is one of the last four that have been preserved until our days. The only comparable ones are in the collection of the Danish royal family, in the Hermitage Museum in St Petersburg and the Grünes Gewölbe Museum in Dresden. This rare object was purchased also thanks to the project “Connected by amber”. The news about the acquisition of the chess set gathered over 2 million clicks just in two days – we couldn’t have had a better promotion!

What is the role of the infrastructure component in your project?

Previously the Amber Museum was housed in the medieval Prison Tower, with high and narrow staircases, not adapted for families with children, for elderly or disabled persons. The new spacious location in the Great Mill has been renovated to be barrier-free. Fast elevators, replicas of the artefacts for blind people, audio guides – many improvements were introduced to accommodate persons with special needs.

So, in July you have inaugurated the museum’s permanent exhibition at its new location, the Great Mill. Tell us more about it. 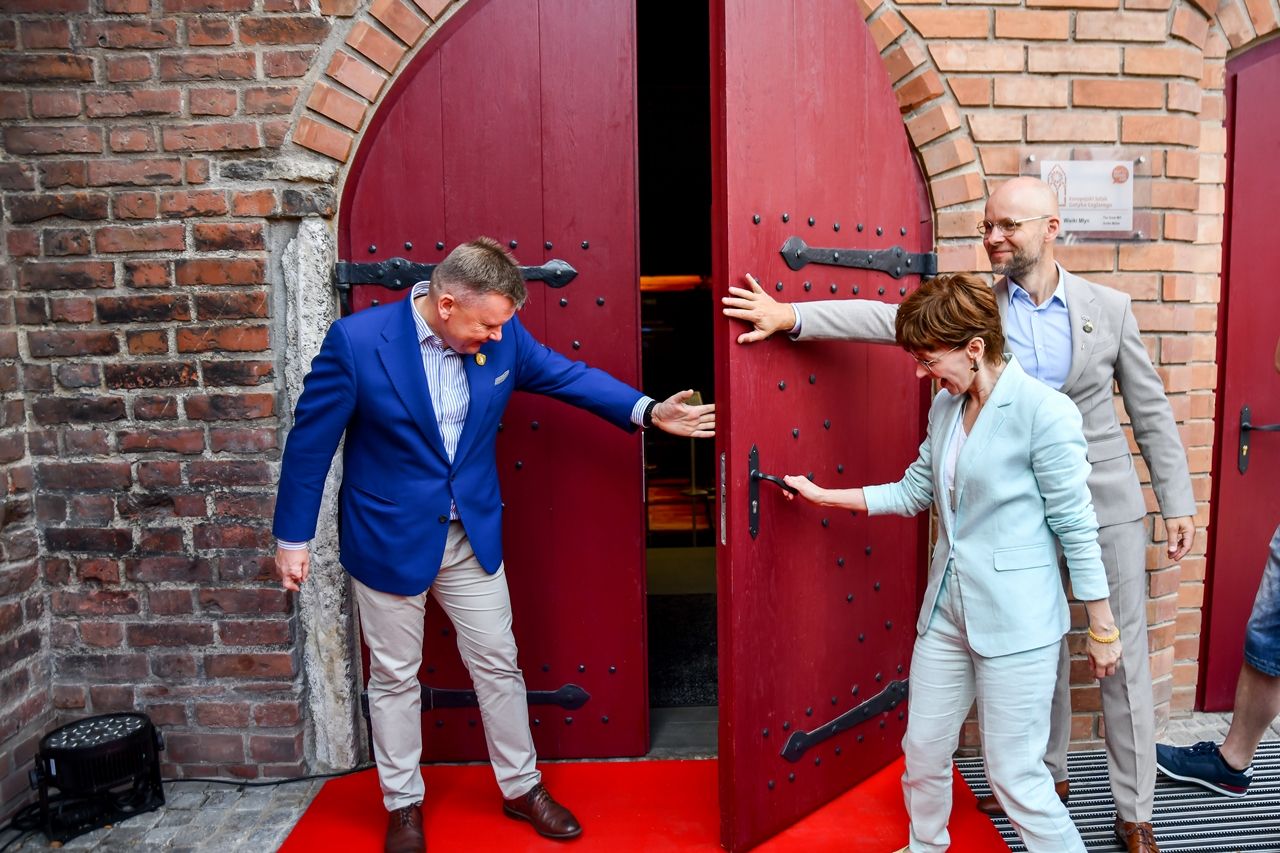 On 24 July we inaugurated the new exhibition for the visitors.  There are more than 1.000 objects on two floors: the first is dedicated to natural amber objects; it explains what it is, what are its chemical and physical components. The second floor depicts amber in culture: how people have been working with it from the ancient to the contemporary time.
The official opening of the exhibition was followed by the outdoor “Amber weekend”. We organised outdoor activities for adults and children, engaging people who work with amber: amber-makers, experts and even cooks! Yes, amber is also used in cooking! It is one of the ingredients in the famous Polish liqueur Nalewka bursztynowa. 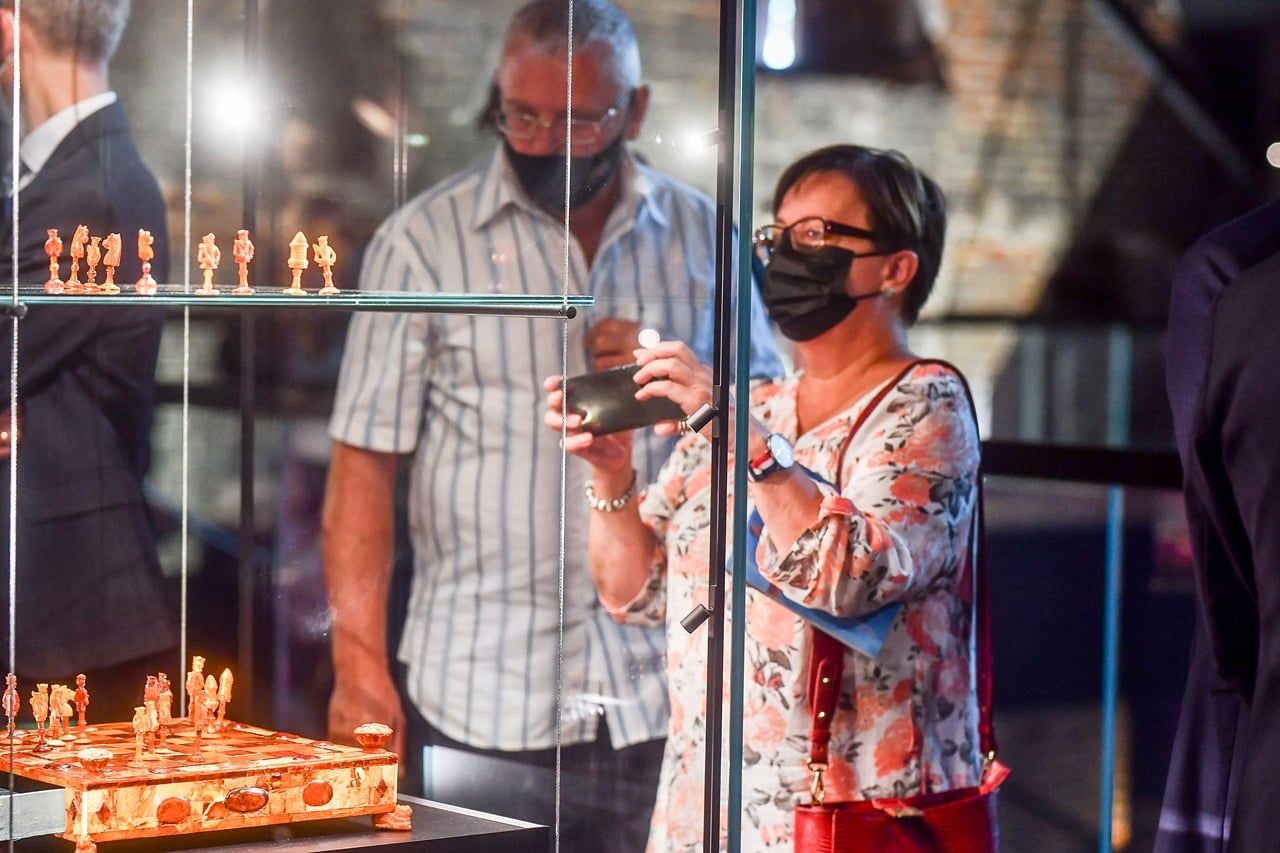 The exhibition opening got a wide coverage in the national media: it was broadcasted on the three most important channels (TVP, TVN, Polsat). Our promotional efforts have well paid off: only in the first 45 days we received 51.000 visitors to the Great Mill, while in the previous location we used to have around 100.000 visitors per year. Our primary target group are domestic tourists, however, in the long term we also plan to attract more foreign visitors.

And what about your Russian partner?

Our Russian colleagues from the Museum of the World Ocean are preparing the technical documentation to renovate the Amber Manufacture – a 19th century building where amber was historically manufactured in Kaliningrad. Besides the technical documentation, they are also renovating six small old garages to convert them into workshops for conservation of the maritime archaeology objects. Unfortunately, with the borders being closed now, there is no possibility to hold joint events. However, we are working in parallel.

The project ends in January 2022. What is still to be done?

We still must complete two things. First, we initially planned to exchange exhibition artefacts with our Russian partner, the Museum of the World Ocean in Kaliningrad, to increase the promotion of both museums. The pandemic has modified our plans: we decided to exchange posters instead. We will print posters of our best museum exhibits to be shown in Kaliningrad, and our partners will send us their collection of ancient amber maps, which indicate deposits on land and at sea.

Another item on the list is the release of the publication on barrier-free museums. It was very important for us to make our Amber Museum available for everyone, however, putting this into practice was quite difficult in Poland, due to numerous national legal restrictions. The publication will sum up our own experience and the experience of our Russian colleagues, to provide relevant guidance which, hopefully, will help to introduce similar improvements into other museums in Poland.